Each of the AHL’s four divisions will be represented by 12 players. Rosters were determined by committees of AHL coaches, and all 31 AHL teams are represented by at least one All-Star.

The 2019 rosters feature 35 first-time AHL All-Stars and 13 former first- or second-round draft choices. In addition, 26 of the All-Stars named have been recalled to the National Hockey League already this season, including standouts Michael Dal Colle of the Bridgeport Sound Tigers (N.Y. Islanders), Mackenzie Blackwood of the Binghamton Devils (New Jersey), Lawrence Pilut of the Rochester Americans (Buffalo), Collin Delia of the Rockford IceHogs (Chicago), Drake Batherson of the Belleville Senators (Ottawa) and Brandon Pirri of the Chicago Wolves (Vegas).

In the 2019 AHL All-Star Challenge on Jan. 28 (7 p.m. ET), the four teams will participate in a 3-on-3, round-robin tournament featuring six games of 10 minutes each. The two teams with the best records at the end of the round-robin will face off for the championship, a six-minute, 3-on-3 game. 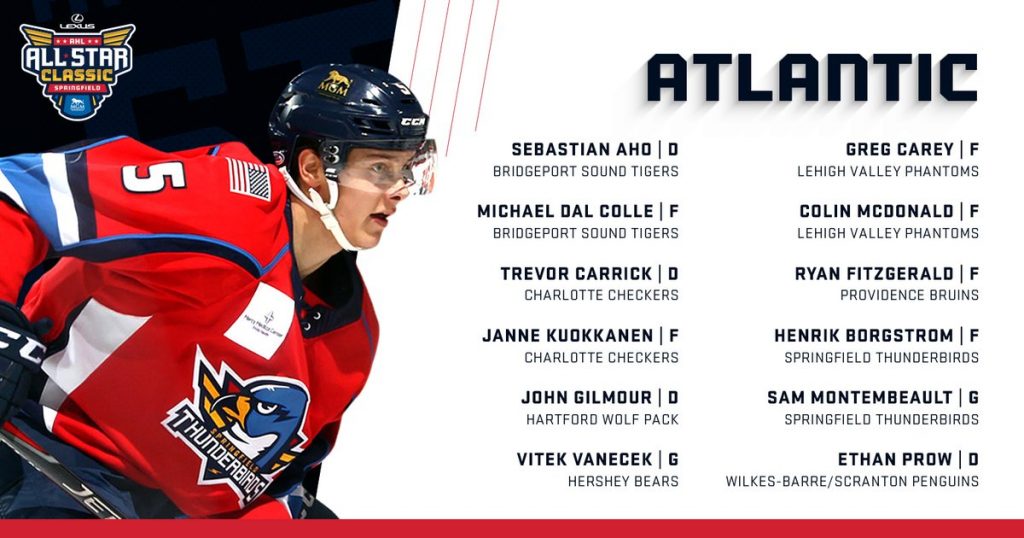 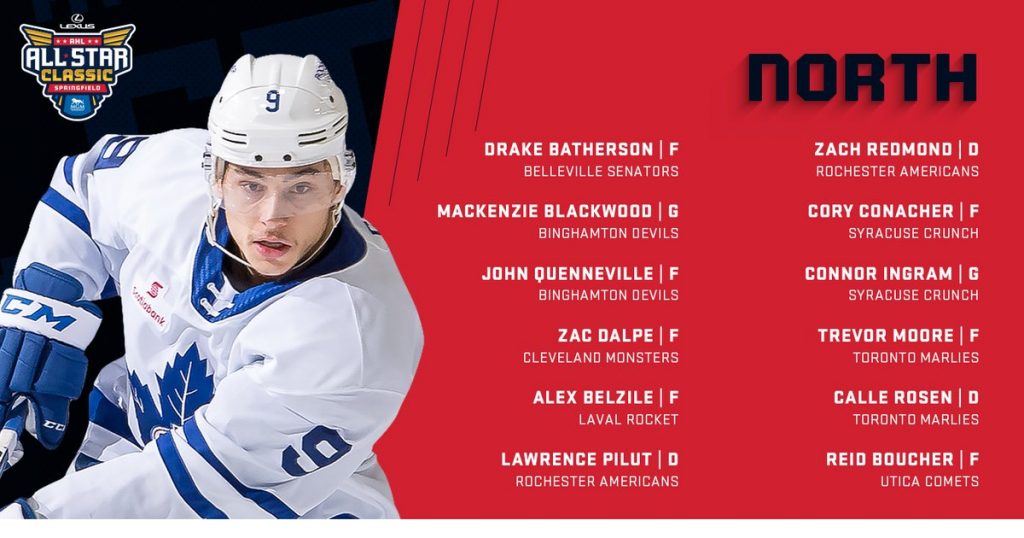 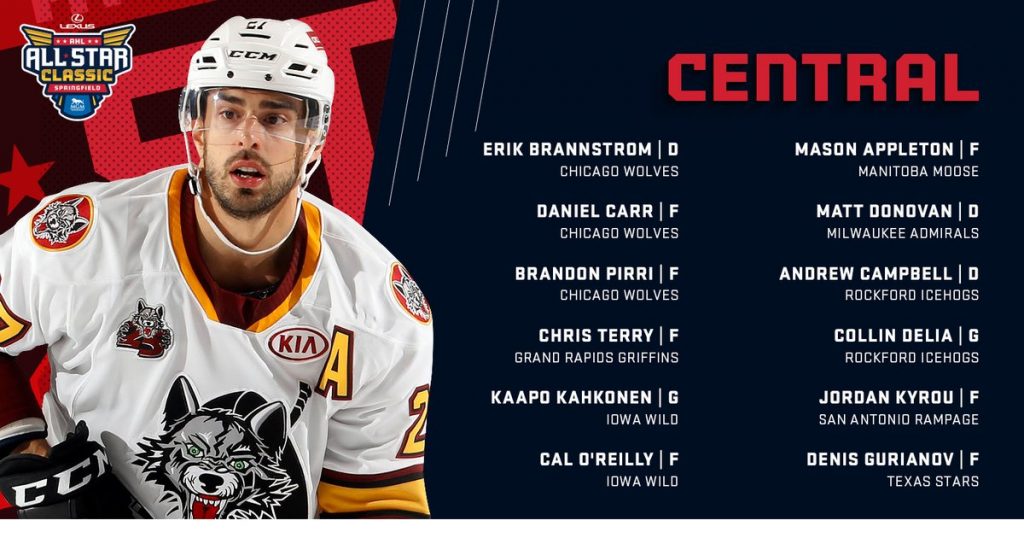 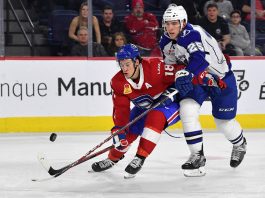 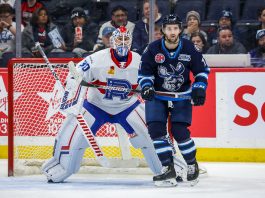