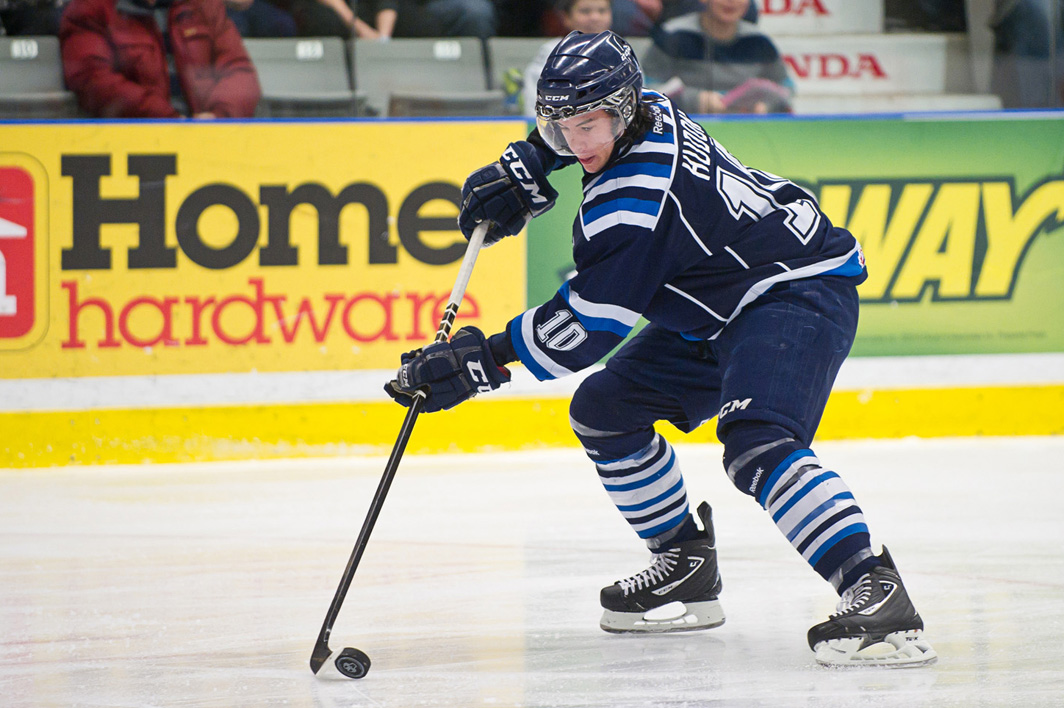 TORONTO, ON — This week in review (January 21st-27th), top honours belong to a prospect who has gone from sleeper to potential steal.

While it hasn’t been a very notable week for the Chicoutimi Saguenéens, Charles Hudon continues to set an impressive scoring pace on his season. Hudon start his week scoring a goal and assist to help Chicoutimi to a 2-1 lead over the Gatineau Olympiques, before Chicoutimi would give up 6 straight goals in a lopsided 7-2 loss. Hudon would next score 2 goals and an assist over the Rouyn-Noranda Huskies in a 4-2 victory. Hudon would mark a single assist in a rematch with Rouyn-Noranda, albeit with a more disappointing result as Chicoutimi would drop the game in a 6-2 decision. Hudon finished the week in a familiar, but frustrating place, Hudon would collect an assist, but find the effort falling short as Chicoutimi was hammered by the Val-D’Or Foreurs 5-2. Hudon is riding a 5-game points streak, scoring 3 goals and 5 assists. Hudon has also matched his previous season goals output with 25, but he has done it in 22 fewer games. Charles Hudon was drafted in the 5th round, 122nd overall by the Montreal Canadiens in the 2012 NHL Draft.

Tim Bozon continues to pile up the points with the Kamloops Blazers this season as he takes aim at besting his rookie totals. Bozon would pick up a goal and an assist as the Kamloops Blazers would edge out a 4-3 overtime win over the Everett Silvertips. Bozon would next mark two assists in a 4-1 victory over the Prince Albert Raiders. With 36 assists on his season, Bozon has passed his rookie season output of 35, but in 23 fewer games. Bozon is currently 9th overall in WHL scoring. Tim Bozon was drafted in the 3rd round, 64th overall by the Montreal Canadiens in the 2012 NHL Draft.

Catching The Torch salutes  Alexander Galchenyuk and Brendan Gallagher for making the Montreal Canadiens roster on a permanent basis.

–         C Joonas Nättinen has had shoulder surgery and is out indefinitely.