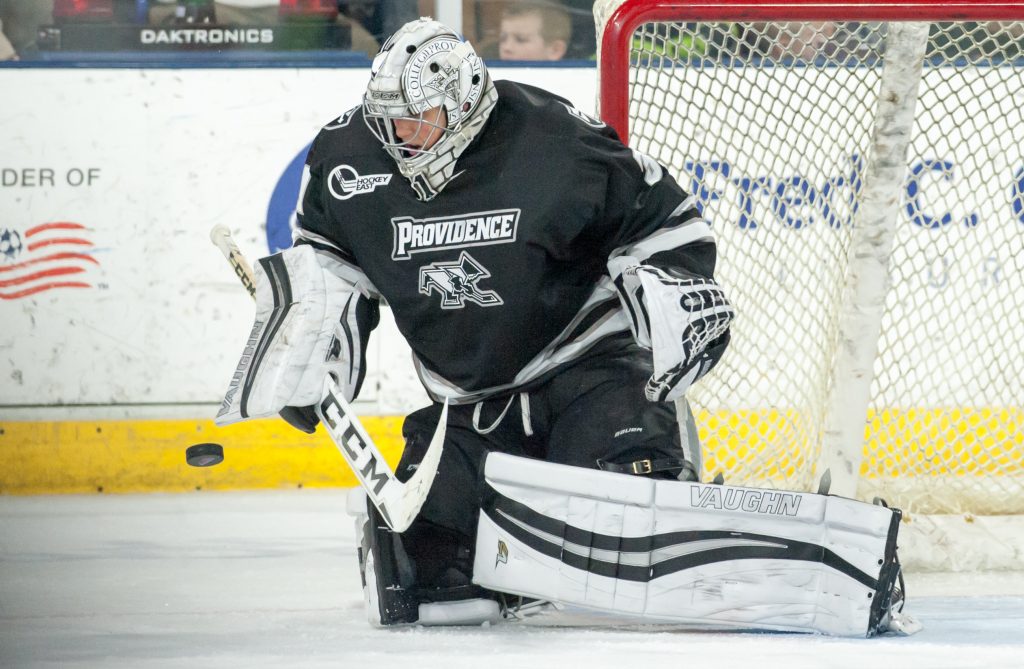 The Montreal Canadiens are Carey Price, the face, franchise player and leader of the team. The state of the goaltending always has been paramount with the bleu, blanc et rouge, and the current version of the Canadiens is deep with goaltending prospects. With the likes of Charlie Lindgren, Zach Fucale and Michael McNiven honing their trade to be the next star in the crease for Montreal, there is a prospect that few fans know much about.

Hayden Hawkey was selected in the sixth round (177th overall) by the Canadiens in the 2014 NHL Entry Draft. The 6-foot-1-inch, 180-pound native of Parker, Colorado was selected out of the USHL, playing for the Omaha Lancers. Hawkey was selected as the top goaltender in the USHL after posting a 22-6-3 record with a stellar 1.99 goals against average (GAA) and a .926 save percentage (Sv%).

Although he was not rated in the top 30 North American goaltending prospects by NHL Central Scouting, the Canadiens saw Hawkey’s potential. Montreal has also had great insight with later-round draft picks and aim give their prospects the time they need to develop.

Hawkey committed to the Providence Friars of the NCAA, but decided to delay his NCAA debut and opted to return to Omaha instead for the 2014-’15 season. This was no doubt due in part to the fact that Providence had Nick Ellis (Edmonton Oilers) who was only in his sophomore season. The decision turned out to be a costly one for both Montreal and Hawkey, as he suffered a major knee injury after only appearing in 13 games.

The following season, in 2015-’16, Hawkey started his NCAA career with the Friars, serving as the backup to Ellis. He only appeared in five games and posted a 2-0-0 record with a 1.79 GAA. With the extended time to recover from his knee injury and rediscover his game after the long layoff, Hawkey benefited from the extra practice time and working with the Providence coaches.

This season, Hayden inherited the starting position as Ellis left college to pursue his pro career and he has not disappointed. He has played in 30 games this season and is currently sporting a 18-8-4 record with a 2.19 GAA and a .910 Sv%. As with most, if not all late-round draft picks, he is a long-term project for the Canadiens to develop and with the outside chance of him becoming a top pro prospect.

Hawkey has had issues since coming back from his knee injury with rebound control and tracking the puck. Both issues have been recognized by the Friars, and have been addressed through coaching. Another issue that has seems to have been corrected is his footwork that was a problem when he was in the USHL. Hawkey has always been aggressive in his net, challenging shooters, and what would be best called a positional goaltender.

With his junior and senior years still in front of him, Hayden will benefit from the work load as a three-year starter at the NCAA level before embarking on his professional career. With the log jam the Habs have at the goaltending position, it will be interesting to see where Hawkey fits into Montreal’s system. As always, it depends on the development of the player. That said, Hayden Hawkey will be given every opportunity to develop into the best professional goaltender that he can be.