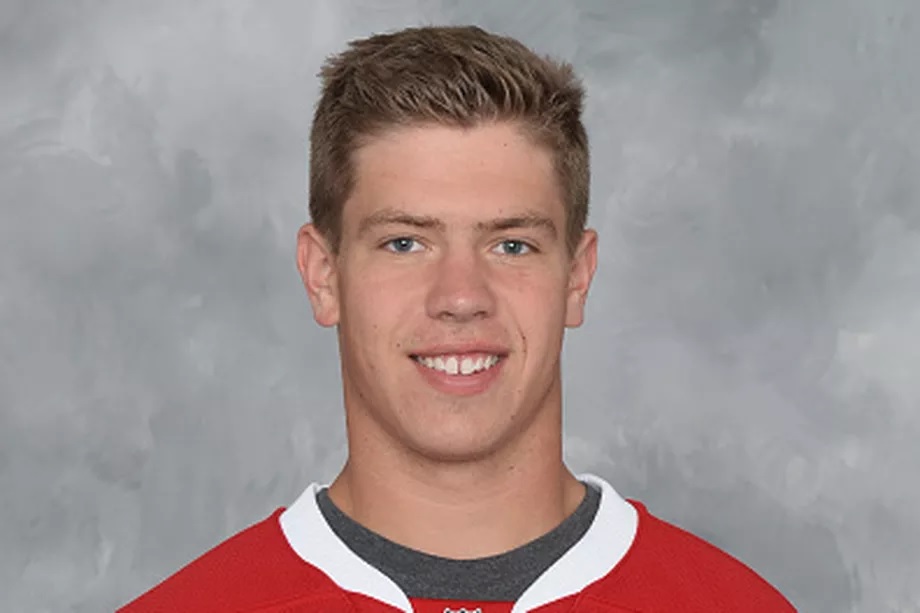 Nikolas Koberstein was drafted in the fifth round in the 2014 NHL Entry Draft (125th overall) after one season in the Alberta Junior Hockey League with the Olds Grizzlys. A native of Barrhead, Alberta, the prototypical stay-at-home defenceman committed to the University of Alaska-Fairbanks for the 2015-16 season.

The Canadiens saw something in Koberstein that others had not, selecting him with a fifth round pick. Koberstein was ranked 205th overall among North American skaters by Central Scouting. However, the Habs may have found a diamond in the rough with Koberstein. With 18 points and 153 penalty minutes in 51 games, his best attribute at that stage of his career was his strength and tenacity.

Koberstein then played a season in the USHL with the Sioux Falls Stampede and the Bloomington Thunder before embarking on his NCAA career. In that season, his physical play was outstanding, and the step-up in competition was quite helpful in his maturation process.

Hockey fans can sometimes forget players who take the NCAA route and commit to a four-year program before embarking on a professional career. Koberstein is one of these players, and with two years of eligibility left, he has some upside when he turns pro and enters the Montreal system.

At 6-feet-2-inches tall and 201-pounds, Koberstein already has the physical makeup early in his NCAA career to be a physical presence as a stalwart rearguard. Plying his trade with the Nanooks on an Olympic-sized ice surface will only increase his skating ability and his mobility.

With two years under his belt at the NCAA level, he already has bettered his playmaking ability and his first pass out of his own zone is equal to the best of the current Canadiens prospects. What isn’t mentioned often when discussing Koberstein, is his leadership qualities and willingness to teach and mentor younger defencemen on the Nanooks. This is admirable, only being a sophomore himself.

What Koberstein needs to focus on is his shooting ability and decision-making when shooting from the point. In my opinion, he should remain at the University of Alaska-Fairbanks for all four seasons of his eligibility before starting his pro career.

With a deep farm system, he will need to have developed to his full potential in those four years. His skating has improved by a huge amount but he stills needs work on his initial burst.

With continued development, Koberstein could quite possibly turn into an NHL defenceman. He possesses all of the tools to be a steady stay-at-home third pairing NHL rearguard if his skating continues to develop.

A player who plays right on the edge but rarely over it, Koberstein must continue to improve his physical play while at the University of Alaska-Fairbanks. I look forward to seeing his progression through the Montreal Canadiens farm system.