The Rocket will face off against the Manitoba Moose tonight for the fourth and final game in this series. In their game on Sunday, the Rocket surged back to overcome a two-goal deficit in the third period.

Prior to tonight’s game, Rocket forward Michael Pezzetta spoke to the media regarding the Rocket’s success and the physical style of play that has recently been on display. Follow that, head coach Joel Bouchard provided an injury update, talked about the pending arrival of Cole Caufield, and described how his team has impressed him on this road trip. 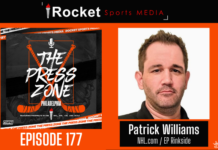 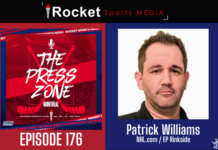