The Rocket are in Toronto tonight for their first meeting with the Marlies this year. Former Canadiens forward Alex Galchenyuk is expected to be in the Toronto lineup. He has one goal and three assists in the four games he has played with the Marlies.

Laval is coming off a Wednesday victory in Ottawa, where they defeated the Belleville Senators 3-1.

First, head coach Joel Bouchard discussed the current performance of his team after their first 10 games. Then he described what he feels is the next step in Cale Fleury‘s development. Lastly, Bouchard praised the team for it’s positive progression in recent years when facing high-skill teams like Toronto.

Finally, defenseman Fleury talked with reporters about his development and playing in the NHL. He also reflected on the physical side of his game and how he believes it gives him an advantage. 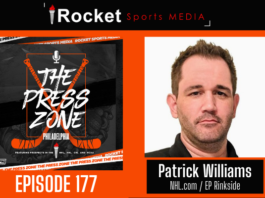 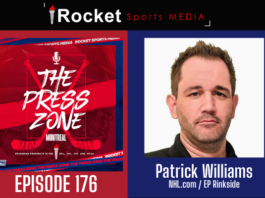 ABOUT US
AHL Report is your premiere source for AHL hockey, featuring Laval Rocket and Lehigh Valley Phantoms. In addition, you will find AHL news and hockey prospect reports. We're a proud member of the Rocket Sports Media network.
Contact us: info@allhabs.net
FOLLOW US
© 2021 Rocket Sports, LLC. All Right Reserved.