The undrafted winger spent the majority of the 2015-2016 season with the New Jersey Devils after being claimed off of waivers by the Pittsburgh Penguins. He scored eight goals, adding two assists and served 97 penalty minutes, while dishing out 93 hits. Farnham was also suspended four games without pay for interference against St. Louis Blues forward Dmitrij Jaskin, a hit described as violent and predatory. He was also called out by Vancouver Canucks forward Brandon Prust after fighting rookie Jake Virtanen.

Farnham will more than likely start the season with the St. John’s Icecaps, where he’ll play as an energy player who often drops the gloves, but I wouldn’t be surprised if he was called up during the season to fill a spot on the fourth line if an injury occurs. 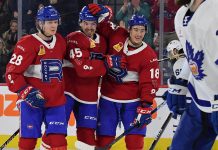 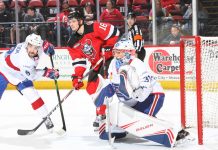 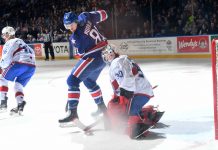