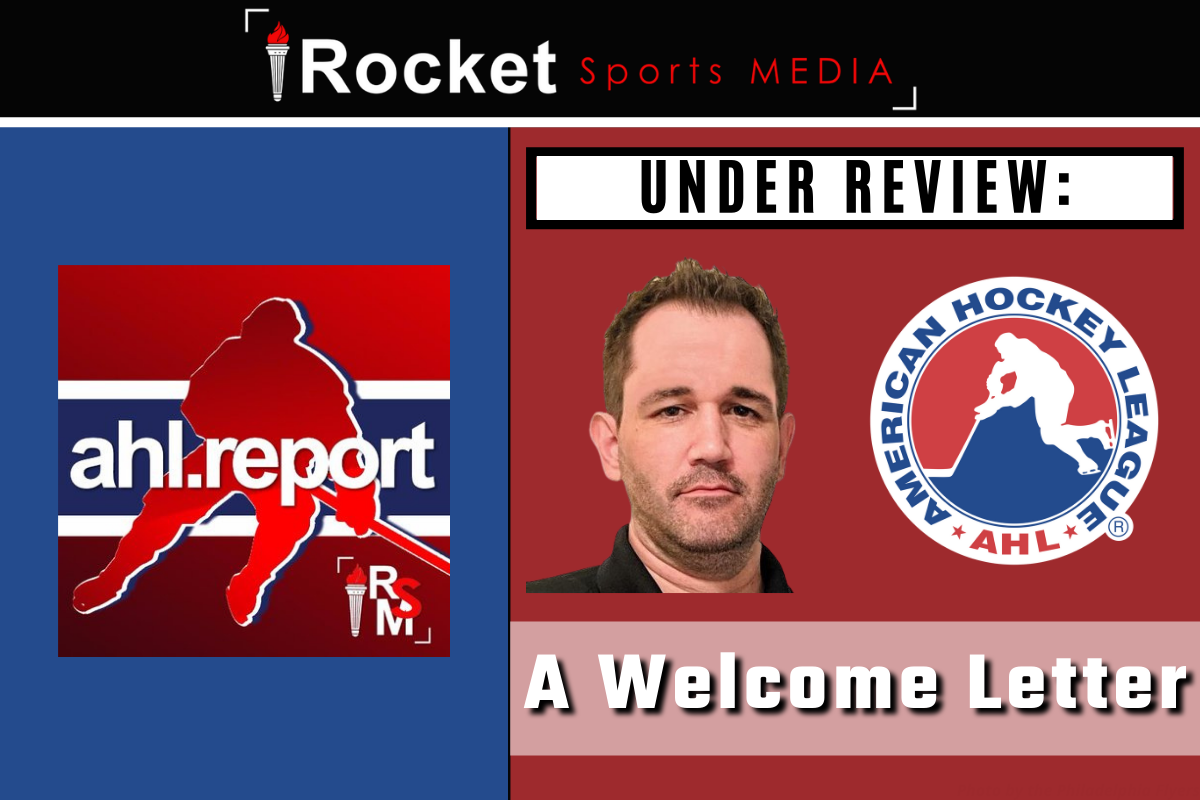 ROCKET SPORTS MEDIA — Welcome to Under Review, a new bi-weekly column that I will write this season. I am excited to contribute to the AHL Report, and have long been an admirer from afar. Now that I have been welcomed into the fold, I am eager to contribute. The goal of this column will be to share what I am hearing and thinking about the American Hockey League (AHL), and bring those thoughts to readers.

The AHL’s bread-and-butter through the decades has been as a reliable developer of young NHL-ready talent, and that mission has long carried the league. But the AHL is much more than that, bringing its own unique history, traditions, issues, and storylines. I have long believed that AHL fans deserve the same type of coverage about their league that NHL fans receive about theirs, and I hope to bring that here. Let’s get going.

The free-agent market for familiar AHL names remains muddled, even deep into late September. Take goaltenders, for example. Zane McIntyre, an AHL All-Star last season and a proven number-one at this level, remains unsigned. Artyom Zagidulin, who arrived in North America with some fanfare following a standout KHL season, is out of work as well. J.F. Berube and Jon Gillies, each established AHL netminders, had to settle for PTO opportunities after going unsigned into September.

At long last, most of the blue-line market has been signed. But again, some top-tier talent at the AHL level was forced to go the PTO route. Cameron Gaunce, Cody Goloubef, and Aaron Ness went to NHL training camp as PTO invitees; each of those veterans could be a highly capable number-one on any AHL blue line. Even so, that trio has fared better than both Cam Schilling (another 2020-21 AHL All-Star) and Nate Prosser, who are each still without a new contract.

Up front, a glut of talent is still available for general managers doing last-minute shopping. Joe Blandisi, a standout this past season with the Laval Rocket, is still available. Long-time sniper Brandon Pirri does not have a job yet. Tim Schaller, who had expressed interest in transitioning to an AHL veteran-style mentor at the end of last season with the Wilkes-Barre/Scranton Penguins, sits available for an interested team. AHL captains Matt Ford and Paul Thompson, along with useful top-nine forwards Colin Markison and Max McCormick, all have gone without a new deal so far.

AHL teams are counting on making a big splash with the return of fans this season, and so the vibe at rinks around the circuit come the weekend of October 15 bears watching. How do fans who have been away from rinks since March 2020 handle the return to live action? How do players acclimatize themselves to hearing fans for, in some cases, the first time in 19 months?

Even in the AHL buildings that welcomed limited numbers of fans last season, the atmosphere was distinctly different. The regular-season champion Hershey Bears played an aggressive, passionate style inside a building that is typically among the loudest in the league; even so, games were often so quiet that voices from players and coaches could be heard throughout the 10,500-seat facility.

This topic was something I discussed in great detail on the AHL Hot Stove segment on a recent episode of The Press Zone podcast.

Iowa Wild head coach Tim Army devised a time-saving method last season for his players: late-night (or early-morning, if you prefer) COVID-19 testing. “What we did with road trips, on the bus trips we would come in from Grand Rapids or Chicago or Rockford, [and] we would test when we got to the rink,” said Army. “We might get in at 3:30 [a.m.], [and] we would test them. And then we could at least give them the rest of the day off.”

The interview process for incoming Stockton Heat head coach Mitch Love benefited from his already-casual relationship with Calgary Flames assistant general manager Brad Pascall. Love’s time in the WHL brought him into occasional contact with Pascall. “I’ve had some dealings with Brad over the years of talking about, whether it’s players or staffing for the American Hockey League through my circles in the Western League, so I had a little bit of a rapport there. And then when I really got through this process, dug in with Brad, and had Zoom calls, I felt like there was a really good connection there. Both of our personalities blend well together.”