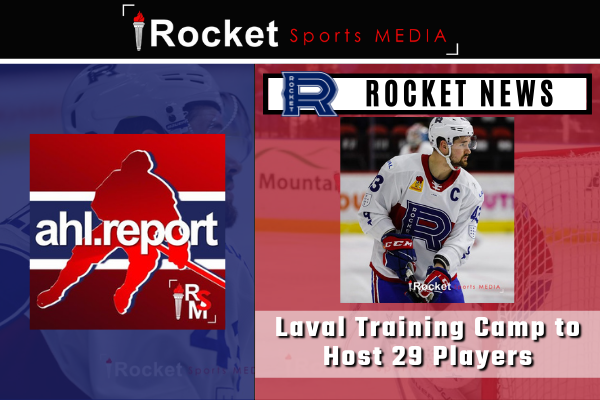 ROCKET SPORTS MEDIA — On Sunday, the Laval Rocket announced a roster of 29 players invited to attend the team’s 2021 training camp. The camp, held at Place Bell in Laval, QC, will run from October 3-10.

Camp attendees will include 16 forwards, 10 defensemen, and three goaltenders, including seven players invited on a try-out basis. 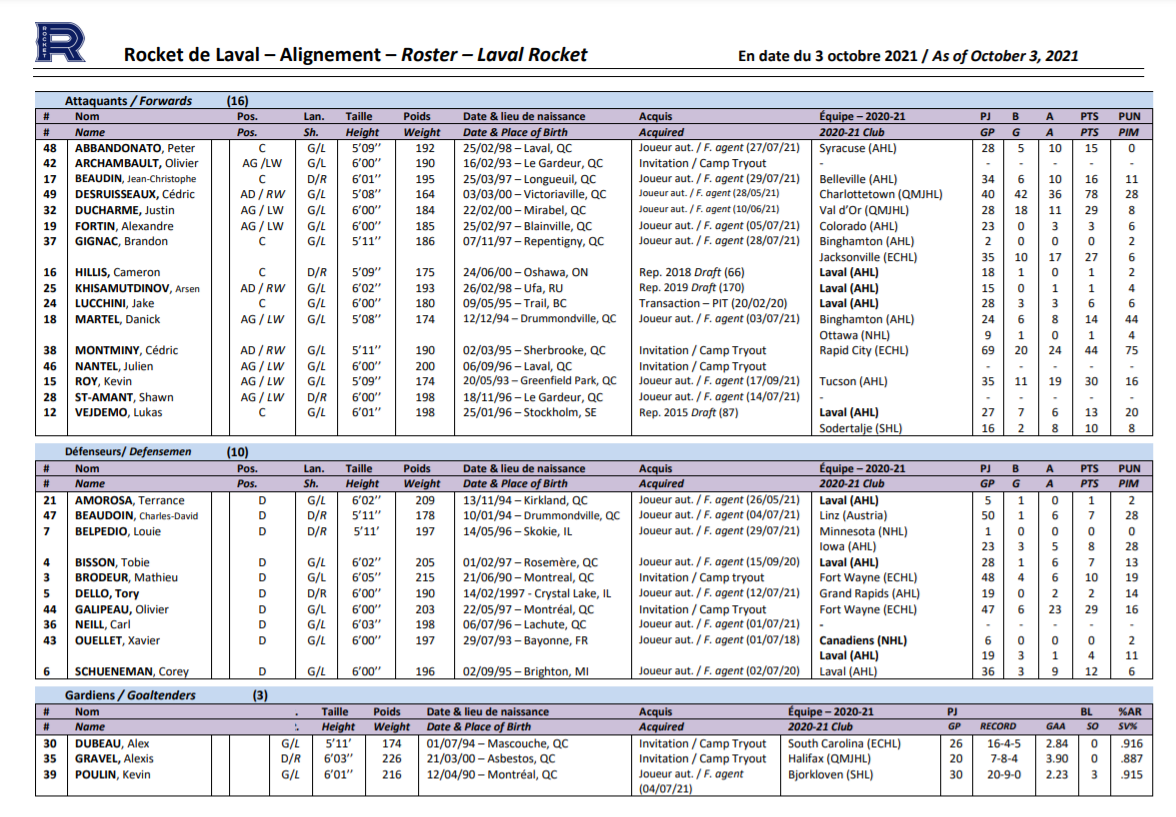 According to the team’s press release, “Josh Brook and Joel Teasdale will
remain on the Canadiens roster (injured non-roster status). They will however continue their recovery period with the Rocket in Laval.”

The training camp roster is expected to grow by at least a few more numbers as the Montreal Canadiens continue to make final cuts to their roster through the last week of their NHL training camp.

What’s on the Schedule?

The Canadiens rookies will face off in two preseason games during camp, and both games will be held at CAA Arena in Belleville. The Rocket face off against the Senators on Friday, October 8th, and against the Toronto Marlies on October 9th.

Due to continuing COVID-19 safety protocols, the Laval Rocket did state that Place Bell will not be open to the public for training camp practices or intrasquad games.

Be sure to bookmark AHLReport.com and check back daily during camp for updates, as well as comprehensive coverage of the Laval Rocket throughout the entire season!

If you or someone you know is looking for a new opportunity in hockey media, we invite you to visit the JOIN OUR TEAM page and complete the contact form found there. We can’t wait to work with you!