MILTON, ON. — The Hamilton Bulldogs have added some veteran depth up front in signing T.J. Hensick to a one-year deal on Thursday.

It’s no secret the Bulldogs lack veteran help up the middle with just Jacob De La Rose and Gabriel Dumont  currently penciled in on the depth chart. But by adding Hensick, the Bulldogs get a proven forward at the AHL level that will likely center Sven Andrighetto and Christian Thomas on the first line, which could end up being the Bulldogs most offensive line in the 2014-15 campaign.

Overall, this is a good depth move for the Bulldogs and I’d expect Hensick to score 30+ points next season, which is something the ‘Dogs desperately need.

There will be several changes in the 2014-15 Bulldogs lineup from last season with 18-goal man Mike Blunden being signed by the Tampa Bay Lightning and goaltender Devan Dubnyk being picked up by the Arizona Coyotes.

Forward Joonas Nattinen is a restricted free agent who received a qualifying offer from the Canadiens but he will be playing for MODO in the Swedish Eite League in the Fall. The Habs chose not to give qualifying offers to the following restricted free agents: forward Robert Czarnik and goaltender Peter Delmas.  Goalie Robert Mayer was released from the final year of his contract instead signing a three year deal with Genève-Servette HC of the Swiss hockey league.

With a hole in their goaltending depth resulting from the departures of Dubnyk, Delmas and Mayer, the Canadiens signed free agent Joey MacDonald to a one-year, two-way deal. MacDonald will likely share the crease with Mike Condon who spent most of his season in the ECHL.

Jacob de la Rose has committed to playing in Canada this season and will likely center the second line.  It will be interesting to see what happens with defenseman Magnus Nygren who has declared that he will not go back to Hamilton after an unsatisfying experience both on and off the ice. Both parties are likely open to a trade.

Mac Bennett could get a chance to play with his Michigan teammate Greg Pateryn. The puck-moving Bennett paired with the stay-at-home Pateryn formed an effective duo for the Wolverines. Also on defense Dalton Thrower was signed to a three-year entry-level contract days after the conclusion of the Canadiens season.

In other changes the Habs finally parted ways with the underachieving Louis Leblanc trading him to the Anaheim Ducks for a conditional fifth round pick. Montreal decided to pass on signing Brady Vail and Erik Nystrom to entry-level contracts. Back in April, the Habs signed forwards Connor Crisp and Daniel Carr from the NCAA champion Union College Dutchmen to contracts. Rugged forward Jeremy Gregoire signed a three-year entry-level contract with the Canadiens but he has one more year of junior hockey left with Baie-Comeau Drakkar.

Below is an updated depth chart of the Bulldogs: 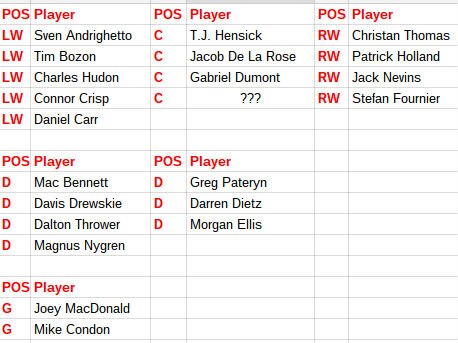 As you can see, the Bulldogs lack veteran depth up front and on the back end whereas the goaltending situation seems fine.

Nonetheless, this signing is the start of many changes that need to be addressed in Hamilton. 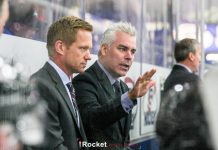 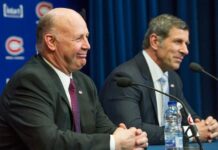 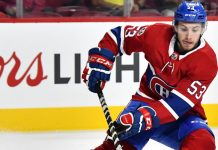 HABS PROSPECTS | Victor Mete, Should He Stay or Should He Go