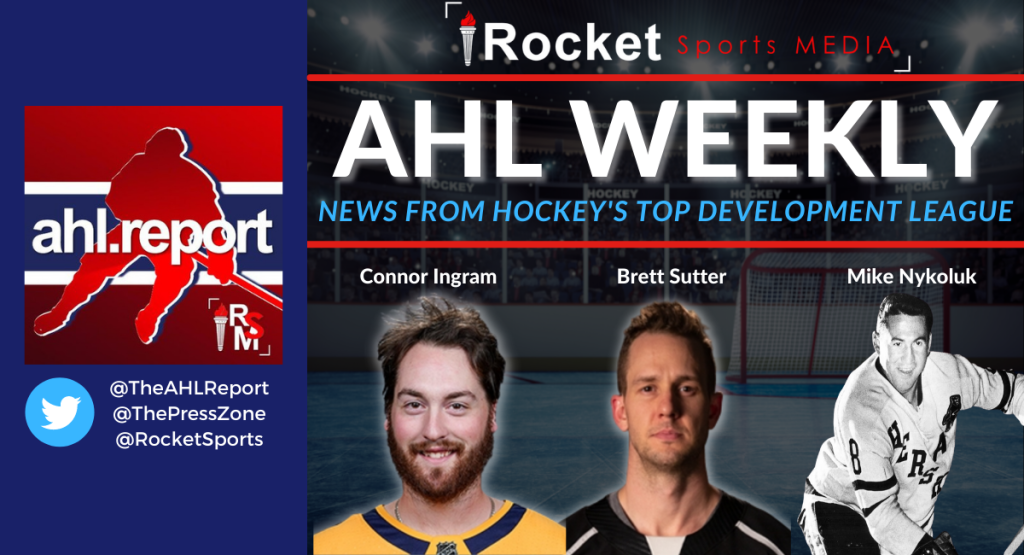 Connor Ingram, goaltender for the Milwaukee Admirals, was named AHL Player of the Week after posting a 3-0-0 record last week, including two shutouts. In that time, he allowed only one goal on the 93 shots he faced in those three games, recording a 0.33 GAA and a .989 SV%.

On January 26, Ingram backstopped the Admirals to a 1-0 shutout, turning aside all 30 shots he faced from the Grand Rapids Griffins.

Two days later, against the Rockford IceHogs, the netminder let in an early goal but then proceeded to make 20 stops in a 2-1 win in overtime.

Finally, Ingram’s 5-0 victory in a rematch against the Griffins, earned him his league-leading fourth shutout of the season. The 24-year-old also leads the league in saves (840), shots faced (912), and minutes played (1,675)

Seth Griffith, forward for the Bakersfield Condors, was named AHL Player of the Month after recording at least one point in each of the nine January games he played.

He recorded 18 points (six goals and 12 assists), extending his scoring streak to 10 games. It’s not the first time this season that Griffith has accrued a double-digit scoring streak, making hime the first AHL player to accomplish that feat more than once in a single season since Frank Vatrano did it in 2015-16.

Next, Alexander Holtz, forward for the Utica Comets, was named AHL Rookie of the Month after tallying five goals and eight assists, for a total of 13 points, in 10 games.

The 20-year-old has 11 goals and 12 assists in 21 games this season, as well as two assists in seven appearances in the NHL with the New Jersey Devils.

Finally, the Bridgeport Islanders’ Jakub Skarek was named AHL Goaltender of the Month, with a 5-0-2 record in eight games played in January. He recorded a 1.98 GAA and a .935 SV% in that time.

Richard has seven goals and five assists in 31 games with the Milwaukee Admirals this season. Over his AHL career of 322 games, he has recorded 79 goals and 152 points.

Huntington has registered six goals and six assists in 27 contests this season with the Syracuse Crunch. He totals 29 points (11 goals and 18 assists) in 88 career AHL games.

The American Hockey League joined family, friends, fans, and former colleagues in mourning the passing this weekend of one of the league’s most storied players.

Mike Nykoluk, who played on the inaugural Rochester Americans team in the 1956-57 season, is known as one of the AHL’s most prolific forwards in league history. The AHL Hall-of-Famer still holds third place in career assists (686) while also ranking sixth in points (881) and fifth in games played (1,069).

The 87-year-old was best known during his playing days for his time spent with the Hershey Bears. In 14 seasons playing for the Bears, Nykoluk won two Calder Cup championships and registered 50+ assists in seven consecutive seasons. He remains Hershey’s all-time games-played leader (972), as well as franchise records in assists (636) and points (808).

After retirement, Nykoluk could be found behind the bench in the NHL, where he hoisted the Stanley Cup twice as an assistant coach for the Philadelphia Flyers before becoming the head coach of the Toronto Maple Leafs for three seasons.

The Sutter name has deep history in hockey, and this week it was Brett Sutter‘s turn to make headlines.

The 34-year-old captain of the Ontario Reign skated in his 1,000th professional game: 60 in the NHL and 940 in the AHL. He is just the third member of the Sutter family to cross the 1,000-game mark.

Son of current Calgary Flames head coach Darryl Sutter, Brett could potentially become one of the AHL’s top-10 in all-time games played before the end of this season. He was honored by the league in 2019 when he was voted that year’s Fred T. Hunt Memorial Award winner for “exemplifying…sportsmanship, determination and dedication to hockey.”

Tory Dello opened the scoring in this game, recording his first AHL goal. Laval was given two powerplay opportunities in the first frame, but weren’t able to capitalize.

The Texas Stars, however, started the second period with two powerplay opportunities and scored on both. From then, momentum was on their side and their lead kept getting larger as Laval struggled.

Laval’s frustrations increased in the third period, and so did the physicality. As the game came to an end, Laval had gotten 39 penalty minutes, and Texas, 41. Read the full recap: Teasdale Returns | RECAP: LAV @ TEX

Goaltender Louis-Philip Guindon got his first AHL start, after coming in relief of Kevin Poulin the previous day.

Laval was able to score twice on seven powerplay opportunities, with Xavier Ouellet and Jean-Sebastien Dea getting a goal each in the second period.

Joel L’Esperance scored shortly after, opening the scoring for Texas and extending his point streak to eight games. However, Peter Abbandonato gave Laval their two-goal lead back before the end of the period.

Anthony Louis, who’s quite familiar with scoring against the Rocket, netted his 12th of the season. Seven of those goals came against Laval. However, it wasn’t enough for the Stars to come back, and the Rocket took the win in this rematch. Read the full recap: Two More Points for Ylonen | RECAP: LAV @ TEX

The Springfield Thunderbirds took a 5-0 lead in the first period, including a natural hat trick by Nathan Walker.

Lehigh Valley tried to rally, and although they dominated in shots in the remaining two frames, it wasn’t enough for them to make up for their slow start against their division rivals.

The Phantoms faced off against the first-place division rivals, the Hartford Wolf Pack. And not only did they win, but Pat Nagle also recorded his first AHL shutout, stopping 26 shots, in what was his last game before heading off to the Winter Olympics with Team USA.

After a slow start the previous day, Lehigh Valley seemed to learn their lesson. In about three minutes around the halfway mark of the first period, the Phantoms had scored three goals, by Hayden Hodgson, Wyatte Wylie, and Alex Kile.

Garrett Wilson made it a four-goal lead four minutes into the second frame, sealing the game and the win.

For the second time this season, Lehigh Valley scored two shorthanded goals in the same game against the Hershey Bears.

This time they both came from captain Cal O’Reilly. One opened the scoring, and the other one tied the game after former Phantom Mike Vecchione had scored two goals to give the Bears the lead.

But with a bit over five minutes left in the game, Linus Sandin scored on the rebound of a shot by Jackson Cates, giving the Phantoms another win. 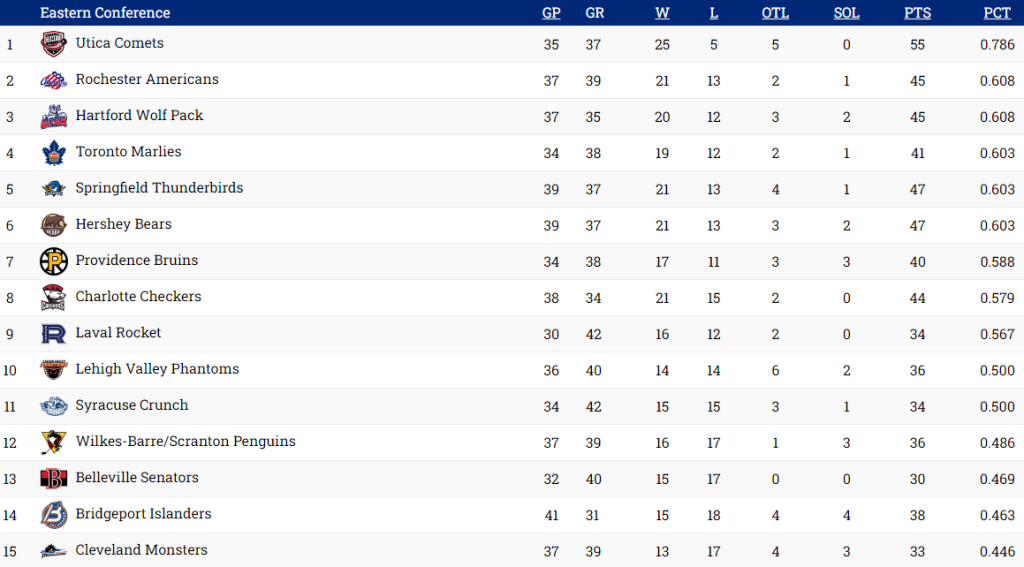 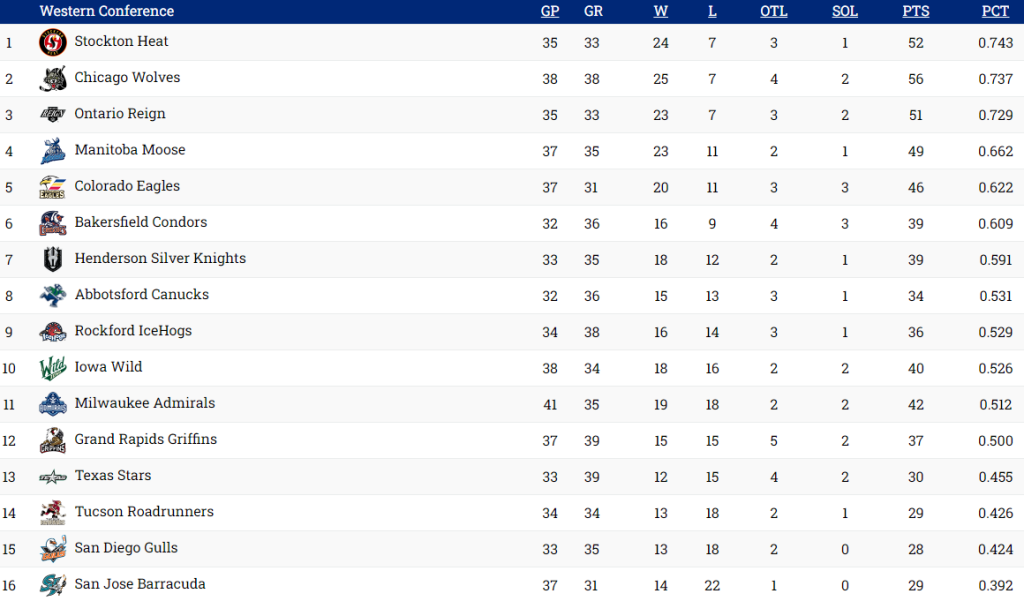 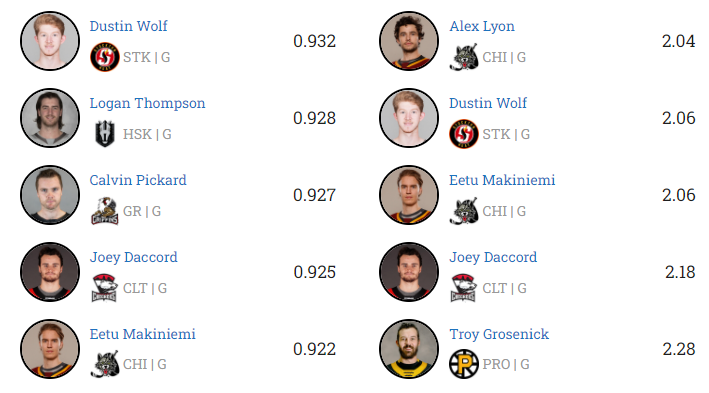