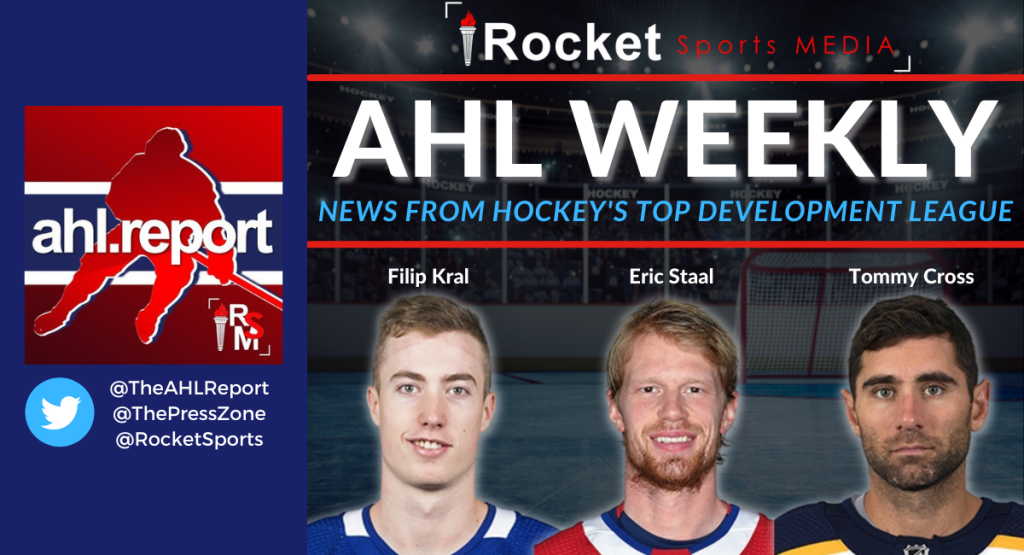 Král’s three assists in the first period of the January 10 game against Springfield was a career-high, and that came just before notching his first goal of the season two days later against Belleville.

After many COVID-19 outbreaks around the AHL and NHL over the past few weeks, things seem to slowly be getting back to normal, with only two games postponed in the American League last week.

On Tuesday, the Laval Rocket announced some postponements for this week as well. The January 21st and 22nd games against the Belleville Senators will both be postponed. Their home game against the Utica Comets remains scheduled for January 19th, however no fans will be in attendance.

This weekend's home-and-home series against Belleville has been postponed. Laval will still host the Utica Comets tomorrow night, with no fans in attendance.@RocketSports @AllHabs #Habs #GoHabsGo #GoRocket https://t.co/5WcDpeCb46

The Iowa Wild signed Eric Staal to a professional tryout contract (PTO) as he looks to make the Olympic roster for Team Canada. The last time he played in the AHL was in 2004, when he registered 77 points in 77 games with the Lowell Lock Monsters.

The veteran forward has played in 1,293 games in the NHL with the New York Rangers, Carolina, Minnesota, Buffalo, and Montreal, recording 441 goals and 593 assists for a total 1,034 points.

Staal also won the Stanley Cup with Carolina in 2006, and was with the Canadiens as they reached the Final last season.

Eric Staal signs tryout deal with AHL's Iowa Wild to get himself in game shape in pursuit of spot on Canada's Olympic hockey teamhttps://t.co/1nwpACD5qY

The Laval Rocket played their first game since December 17th, and Devante Smith-Pelly made his return to the Canadiens’ organization after signing a professional tryout (PTO) with the Rocket.

Overall, it was a pretty evenly-played back-and-forth game, but Laval had a slight edge over Syracuse. Goaltender Michael McNiven made some key saves to help the team get the win in regulation. Read the full recap: Against The Odds | RECAP: SYR @ LAV

After a tough start for Laval, some of the newcomers worked together to get the Rocket on the board. Justin Ducharme, who has spent much of the season with the Canadiens’ ECHL affiliate, the Trois-Rivières Lions, scored his first AHL goal. Smith-Pelly got the primary assist, marking his first point with Laval.

After two periods, the Rocket found themselves down 1-3, but were able to tie the game and take the win in overtime thanks to a goal by Jean-Sebastien Dea. Read the full recap: Overtime? No Problem | RECAP: LAV @ SPR

Hartford mostly dominated this game, starting early with a goal only 96 seconds after the opening faceoff.

Laval had powerplay opportunities in the second and third periods, but their struggles continued, as they went 0-for-4 on the man-advantage. They now rank 27th in the league in powerplay success rate (16%).

Garrett Metcalf dressed for his second start with the Lehigh Valley Phantoms and had an impressive 39-save performance, helping the team to a victory despite being outshot 42-16.

The Phantoms’ scorers also had a great game. Linus Sandin netted two goals, while Adam Clendening and Cal O’Reilly both registered three-point games (one goal, two assists each). This Phantoms victory over the Penguins extended their win streak to nine games.

In this rematch, the Penguins took the win over the Phantoms, abruptly ending their point streak. It was their first regulation loss since December 3rd.

Both Lehigh Valley goals were scored on the powerplay, as they found themselves on the man-advantage seven times. Both goals were set up by Clendening, who had a second consecutive multi-point game.

The Marlies took the overtime win over the Phantoms, who were playing their third game in three days.

While Toronto didn’t register a single shot on goal in the first 10 minutes of the game, Joey Anderson opened the scoring. Brennan Saulnier responded 42 seconds later and tied the game. But Toronto’s offense was awakened, and Anderson ended up with a hat-trick and the overtime-winner. 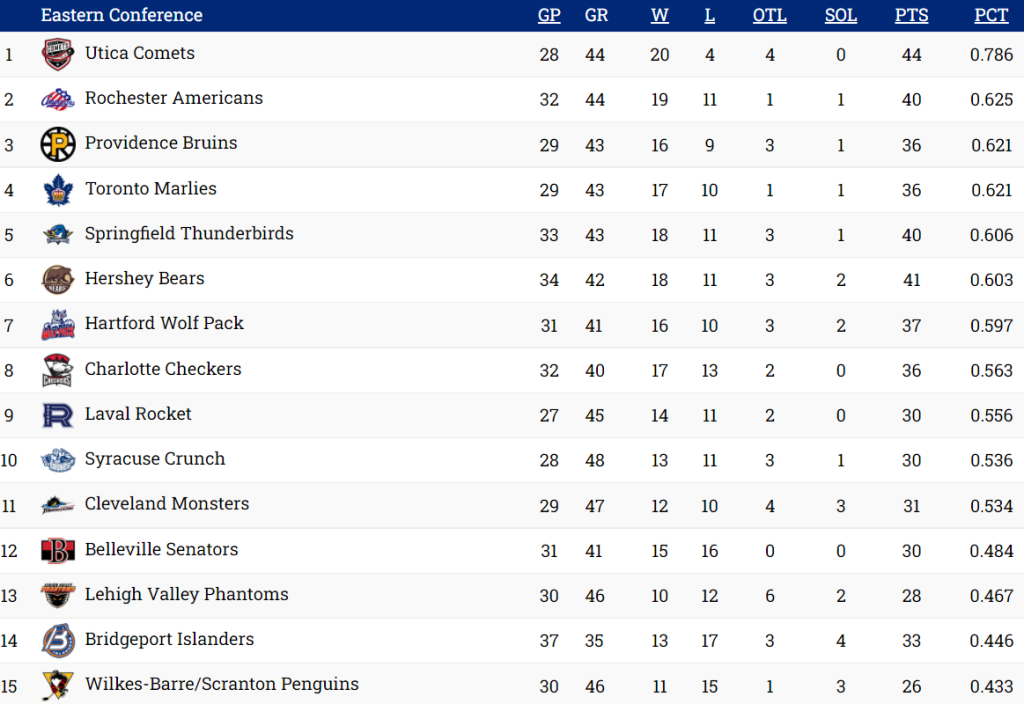 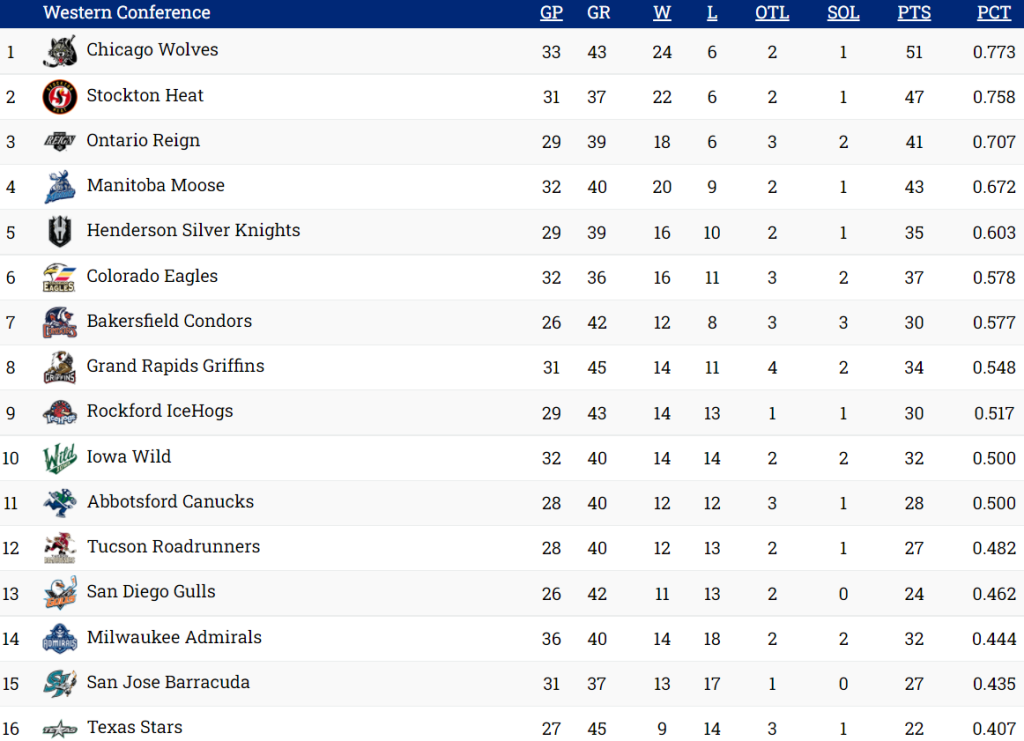 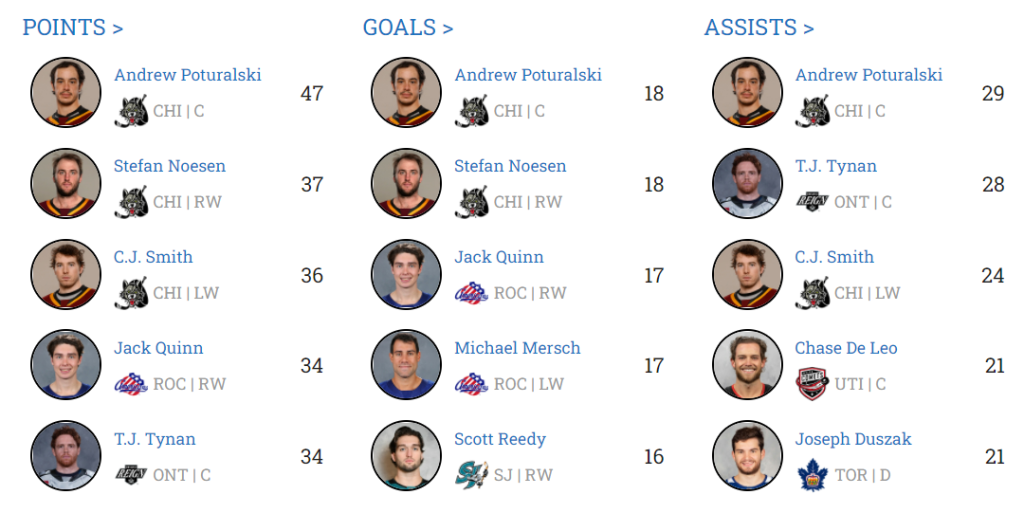 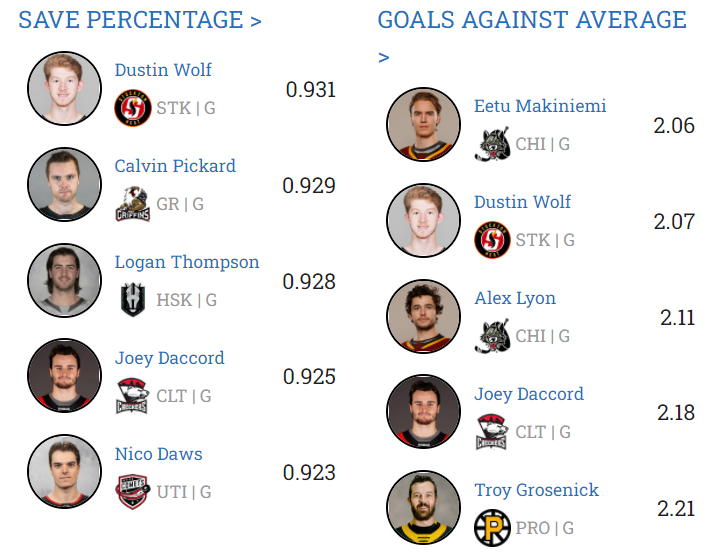