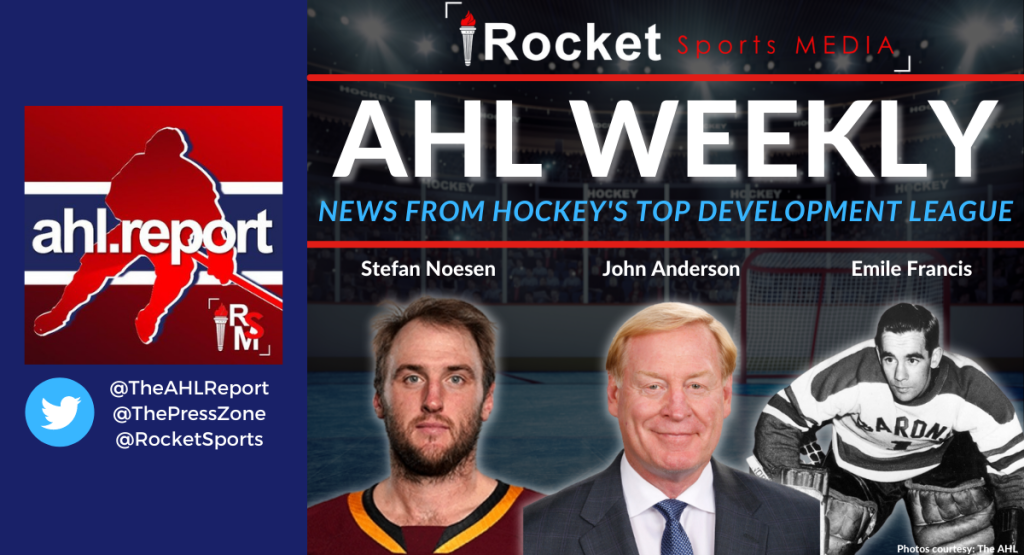 For our faithful Laval Rocket readers, we’ll highlight the latest news and updates of the week for that team as well, including links to our Rocket Sports Media team’s comprehensive game recaps.

Stefan Noesen, forward for the Chicago Wolves, was selected as the most recent AHL Player of the Week. The 29-year-old tallied six goals in the three games he played last week.

In a February 15th matchup against the Milwaukee Admirals, Noesen started his scoring streak with a power play goal. A first career hat trick was added to his stat sheet later in the week, before scoring two more times in a 5-1 rout of the Iowa Wile. It was the eighth time this season Noesen has scored more than once in a game.

The former first-rounder now leads the league in goals (28) and sits in fourth place in the scoring race (50 points). Noesen has appeared in two NHL games this season with the Carolina Hurricanes.

Behind the Bakersfield Bench

With the Edmonton Oilers making a mid-season coaching change in the NHL, their AHL affiliate, the Bakersfield Condors, found themselves without two coaches as well. Jay Woodcroft and Dave Manson were both promoted to NHL positions, replacing Dave Tippett and Jim Playfair, respectively.

That left room for some familiar faces to take up the helm for the Condors: Colin Chaulk was appointed as the new head coach, and AHL Hall of Fame coach John Anderson was recently named as his assistant.

Chaulk has made his way up the coaching ladder after spending four seasons at the helm of the Brampton Beast (ECHL), and a year as an assistant coach with the Belleville Senators (AHL).

Anderson is a renowned American Hockey League bench boss. The 64-year-old steered the Chicago Wolves for 14 seasons, winning more than one division title and hoisting the Calder Cup twice in a six-year span. He currently ranks fifth in league head coaching wins (424).

The former Toronto Maple Leafs draft pick has also gained experience behind NHL benches. Anderson was an assistant coach with the Phoenix Coyotes and Minnesota Wild, as well as head coach of the Atlanta Thrashers. He spent two seasons with each of those clubs.

The Lehigh Valley Phantoms announced a trade this week, acquiring Adam Johnson from the Ontario Reign for future considerations.

Prior to joining the Allentown-based team, Johnson had one goal and five assists in 28 games this season. The forward will be familiar with the surroundings at the PPL Center, having spent a good amount of time playing for the Wilkes-Barre/Scranton Penguins. He has one goal and three assists on his NHL record, scored in 13 games played with the Pittsburgh Penguins.

The AHL joined the greater hockey community this week in mourning the passing of Emile Francis at the age of 95.

The former goaltender played six seasons in the American League, taking up residence between the pipes for the New Haven Ramblers, Cincinnati Mohawks, and Cleveland Barons, with whom he won the Calder Cup in 1954.

Francis became a Hockey Hall of Fame inductee in 1982 in the builder’s category, known for his legacy of building strong teams in the New York Rangers, St. Louis Blues, and Hartford Whalers. He served many roles for those clubs, including head coach, general manager, and executive vice president.

AHL fans might also recognize him as the namesake for the trophy awarded each year to the team winning the Atlantic Division.

With ongoing daily test results taking time to be processed, and severe weather on the route from Quebec to New York, the team was then forced to delay departure to Syracuse until Friday, with a roster now down a total of seven players and two staff members due to COVID. The team bus departed at noon on game day and delivered the Rocket directly to the arena, just in time to take on the Crunch for the fourth time in nine days after sweeping them in a three-game series at Place Bell last week.

Read the full recap: Bumps In the Road | LAV @ SYR

Primeau and Luukkonen traded good saves right off the hop, with Rafael Harvey-Pinard driving the net and Alexandre Fortin getting a solid shot on net. This was a much stronger start to the game for Laval, applying most of the pressure in the opening five minutes.

Cedric Desruisseaux then scored his first AHL goal in just his second game when he got in tight to the crease and banged in loose puck. Then Tory Dello drew a penalty, which eventually turned into 39 seconds of a five-on-three advantage for Laval. Peter Abbandonato scored with just a few seconds left on the two-man advantage to give Laval a 2-0 lead.

Cayden Primeau started the second period in net for Laval, replacing McNiven. Less than three minutes into the frame, Jack Kopacka deked around a sprawling Xavier Ouellet and fed the puck to Joseph Duszak as he drove the net with Cam Hillis hot on his heels. Duszak poked the puck past Primeau to put Toronto up 5-0.

Read the full recap: One For the Rearview Mirro | LAV @ TOR 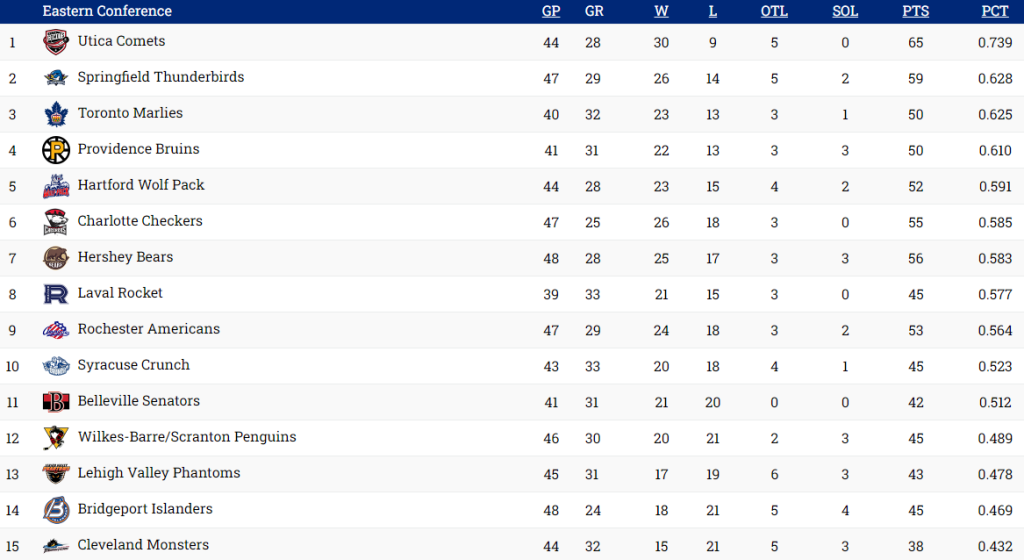 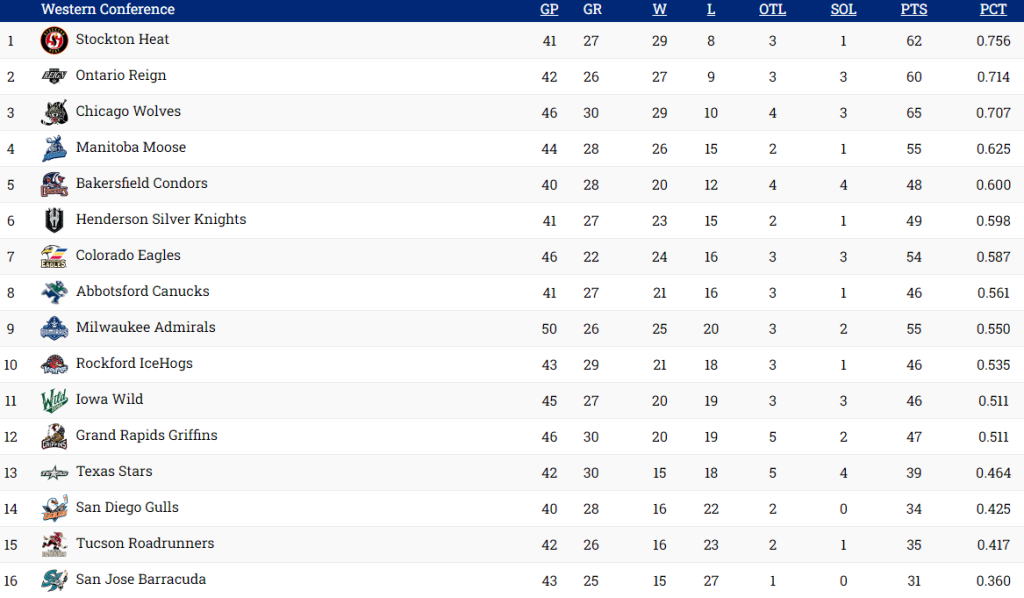 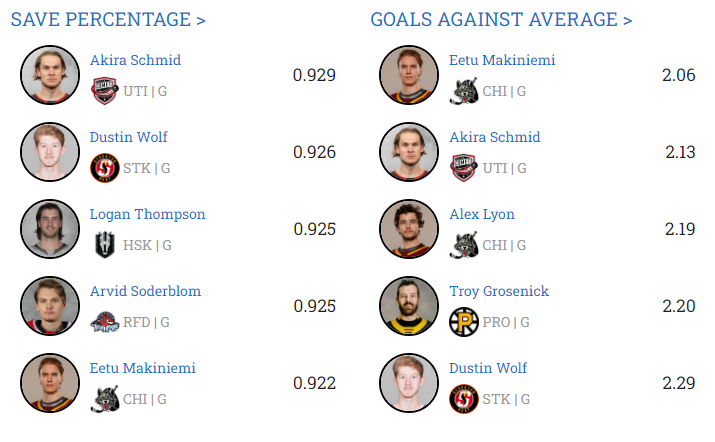