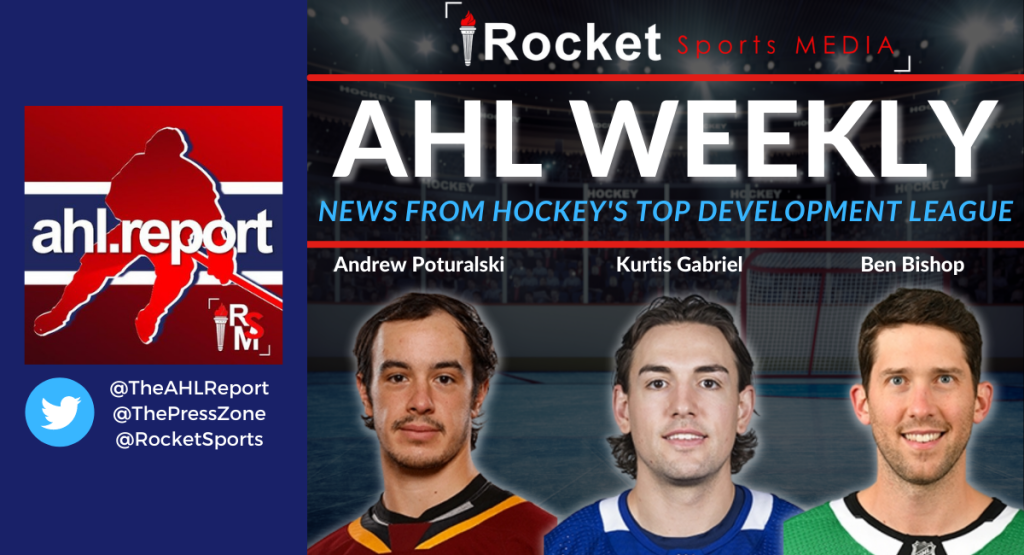 Andrew Poturalski, forward for the Chicago Wolves, was named AHL Player of the Week. In three games last week, he tallied three goals and seven assists for a total of 10 points.

In a three-game set against the Texas Stars, Chicago performed well. They won all three matchup and are now on a nine-game winning streak.

Last year’s AHL scoring champion has tallied 34 points (12 goals and 22 assists) in 23 games so far this season. He leads the league in points and assists, and is currently tied for first in goals.

The 27-year-old was recalled to the Carolina Hurricanes and could play on Thursday against the Detroit Red Wings if the Canes don’t find themselves on an extended COVID-19 pause.

In 13 games with the Toronto Marlies this season, Gabriel recorded one goal and one assist. The 28-year-old has played in 332 AHL games with five different teams and 49 NHL games with Minnesota, New Jersey, and San Jose.

In eight games with the Rockford IceHogs, Krys recorded one assist so far this season. He’s been held off the score sheet in his two games played already in Toronto. Prior to the trade, the 23-year-old played in 64 games with the IceHogs. He has not made his NHL debut.

It’s been a long year for Dallas Stars goaltender Ben Bishop, who has been on a long road to recovery after undergoing knee surgery.

He played his first post-surgery game last week with the Texas Stars, but it soon became clear to the 35-year-old realized that a return to his hockey playing career would not be possible. Bishop will remain on Dallas’s long-term injured reserve list until the summer of 2023, when his contract ends.

Bishop spent most of his career with the Stars and Tampa Bay Lightning, posting a career NHL record of 222-128-36 with 33 shutouts.

He spent most of his AHL career with the Peoria Rivermen, when the now-SPHL team was an AHL franchise which was purchased by the Vancouver Canucks and moved to Utica to become the Comets in 2013.

In a game where the Manitoba Moose dominated in shots, putting up 41 shots over Laval’s 28, Cayden Primeau stayed sharp and helped his team to victory.

It was also Mattias Norlinder’s return to the lineup after getting sent down to the AHL from Montreal, and he scored his first AHL goal on a powerplay. Read the full recap: First AHL Goal for Norlinder | RECAP: MB @ LAV

As has been the case with Laval lately, including the game against Manitoba, they spent a lot of time in their own zone at the beginning of the game. It took the Rocket six minutes to register a shot on goal. Lukas Vejdemo was the one to open the scoring right after a Laval powerplay had expired.

The Amerks came back to tie the game fairly quickly, and eventually overtook the visiting team and defeated Laval for the third time this season.

Despite the loss, Vejdemo’s two-goal performance gave him sole possession of the team record for most goals scored by a Laval player during their time with the team. Read the full recap: Vejdemo Sets Team Record | RECAP: LAV @ ROC

Gianni Fairbrother made his return from injury, and Primeau made his sixth consecutive start in what turned out to be a bizarre game. On the other side of the ice, it was former Laval Rocket and St. John’s IceCaps goaltender Zach Fucale in net.

A dislodged pane of glass, a disallowed goal (that perhaps shouldn’t have been disallowed), and a disappearing puck all added some talking points to the game, but in the end the Rocket made it back into the win column. It was another strong performance by Primeau, stopping 38 of 40 shots he faced.

Rafael Harvey-Pinard also had a good outing and scored two goals, one of which was a successful penalty shot. Read full recap: Fairbrother Returns | RECAP: LAV @ HER

After losing eight consecutive games, the Lehigh Valley Phantoms were able to get their first win since November 10.

Pat Nagle came to relieve starting goaltender Felix Sandstrom, who had to leave after the first period because of a non-COVID-related illness. Nagle played well and stopped 21 of 22 shots.

The Phantoms took advantage of the Monsters’ lack of discipline, scoring twice on their five powerplay opportunities, with Gerry Mayhew and Egor Zamula both converting on the man advantage.

Nagle got the start in this game and the Phantoms won on back-to-back nights. It was a big accomplishment for a beleaguered Lehigh Valley group, particularly since the Wolf Pack sits atop the Atlantic Divison.

The team went one for two on powerplay opportunities, with Mayhew scoring his second powerplay goal in as many days.

The Wolf Pack were unable to light the lamp through two rounds of the shootout, while the Phantoms scored on their first and third attempts. Thanks to  Wade Allison and Adam Clendening, the Phantoms were able to nab two points on the night. 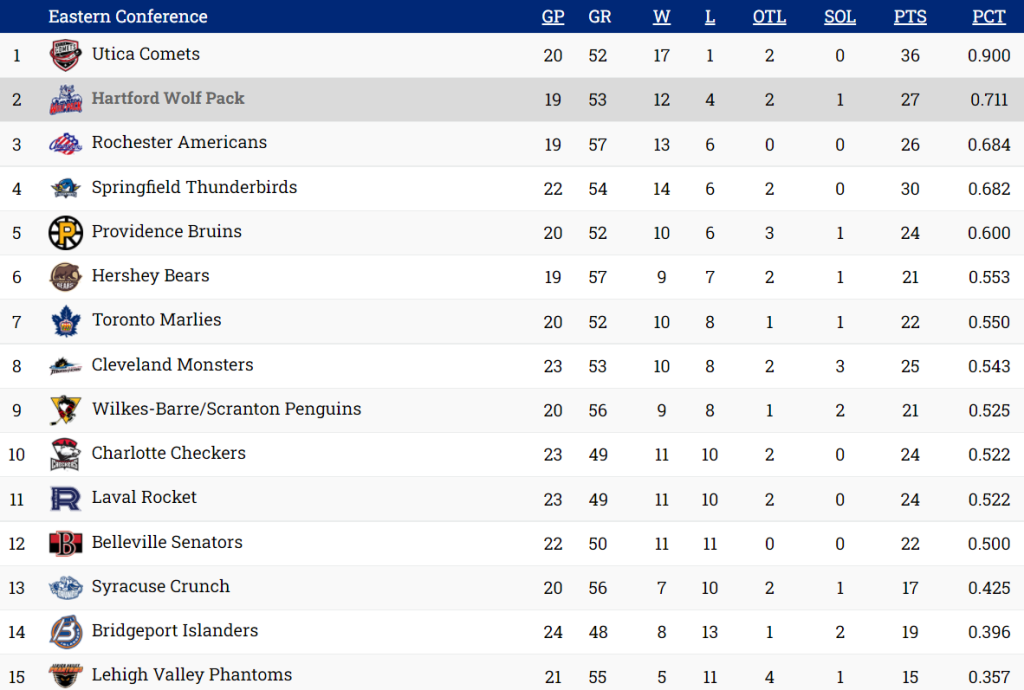 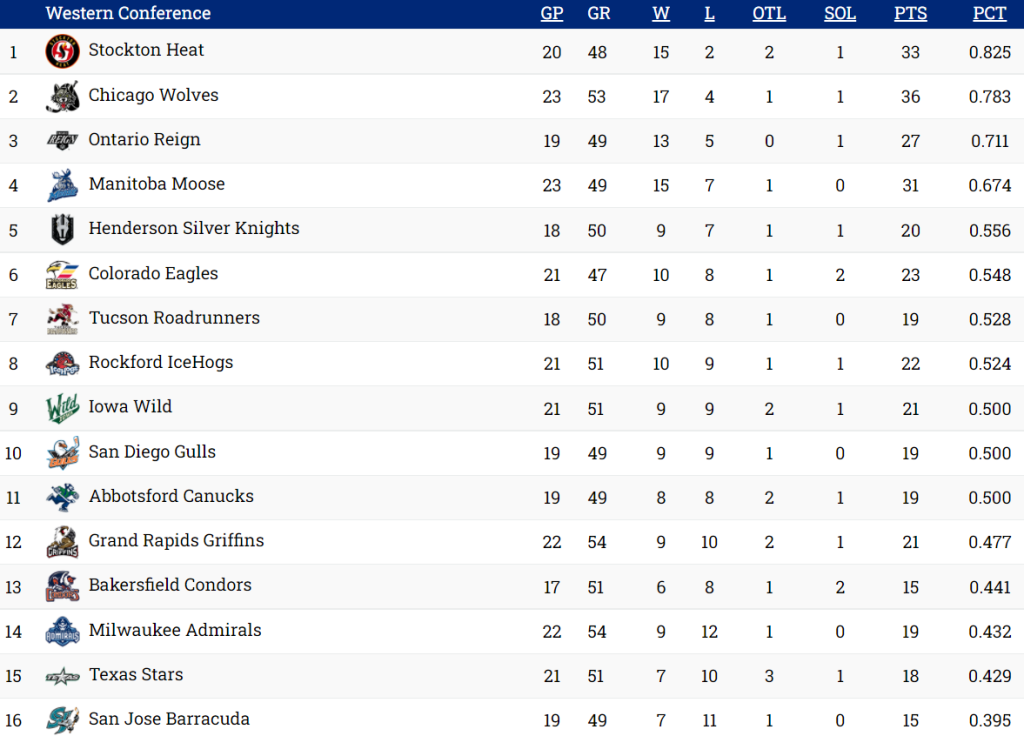 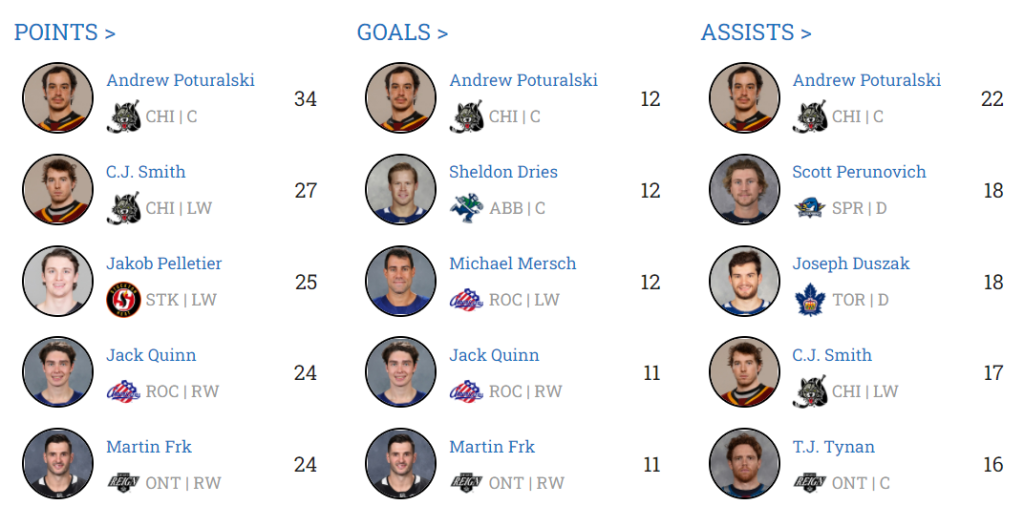 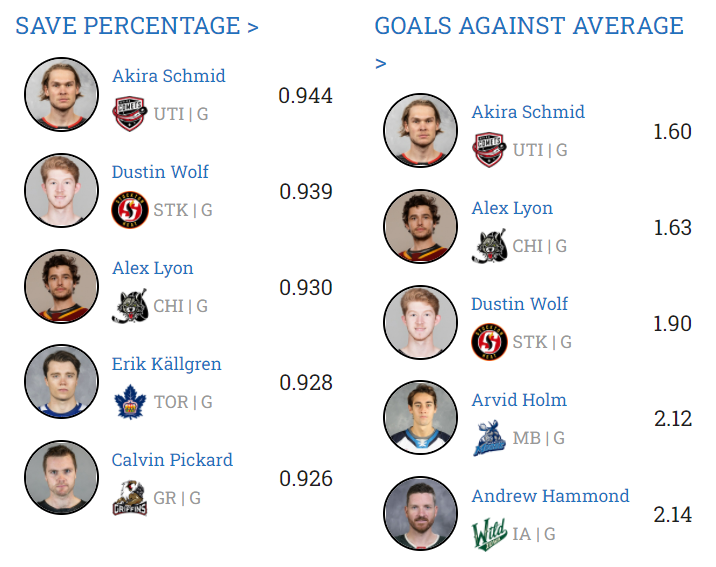