BRAMPTON, ONTARIO – The Brampton Beast, ECHL affiliate of the St. John’s IceCaps and Montreal Canadiens, announce several transactions ahead of this weekend’s games against the Orlando Solar Bears.

The Beast have traded forward Chris Auger to the Allen Americans and have also traded Scott Howes to the Missouri Mavericks, both in exchange for Future Considerations.

In addition, the club has brought in former Beast Dean Willmott on a Standard Player Contract. Willmott has suited up in five ECHL games this season between the Missouri Mavericks and Adirondack Thunder.

Last season, Willmott appeared in 21 games for the Beast, recording one goal and two assists along with 16 penalty minutes.

Beast Head Coach Colin Chaulk on the reasoning behind the trades

With the struggles we have had this season due to injuries and callups, the team still needs to get better and the odds of getting better players are greater in the offseason.

First, by moving some of our almost-veteran players to other teams, it gives them an opportunity to play in the playoffs. Secondly, it allows us to get a look at some younger players while also committing to acquiring quality players in the offseason. It’s been made clear with these trades that the players wouldn’t be moved unless the deal was going to help the hockey club. While names will not be announced until after the season, we feel the players we get in return will be solid contributors.

In summary, I feel that if we were to make a player-for-player deal in exchange for Auger and Howes right now, the return would be less than if we were to wait until the offseason.

Chaulk on the Chris Auger trade to Allen Americans

Chris and I have a history as linemates and teammates. We asked Chris if he was interested in being on a playoff team, and he concluded it would be a good opportunity. Together we had a few teams in mind and we moved him to one of the teams of his choice. It was made clear that Chris wouldn’t get moved unless it helped the hockey club. The deal allowed us get Chris in the playoffs and to have a player in the future.

Chaulk on the Scott Howes Trade to Missouri Mavericks

I feel like Scott had a tough year between battling sickness and injuries. Ultimately this move gives Scott an opportunity to play in the playoffs with a coach that he is familiar with. At the same time, we will later receive a player that will help our hockey club. 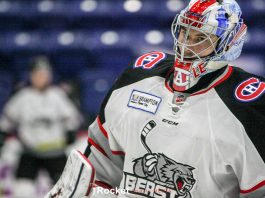 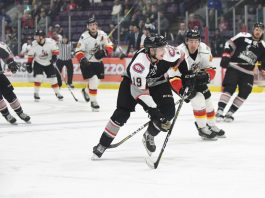 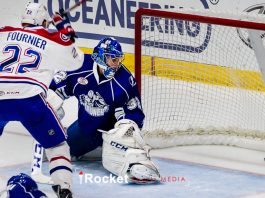 BEAST PLAYER PROFILE | Stefan Fournier, Happy Back With the Canadiens...