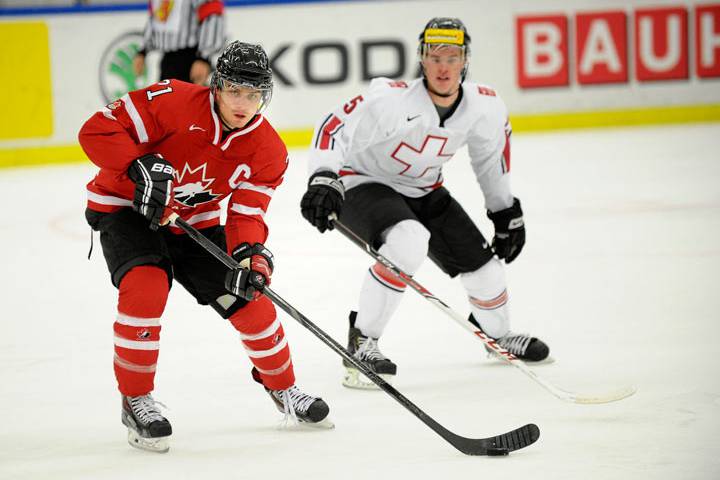 MONTREAL, QC–Future Hab Charles Hudon was back in action after suffering a shoulder injury, and today’s quarterfinal matchup between Team Canada and Team Switzerland at the World Junior Hockey Championships finished with a score of 4-1 in favour of his squad.

Meanwhile, goaltender Zachary Fucale made 19 saves, Anthony Mantha scored on a penalty shot, and Canada will now move on to face Finland in the semi-finals. Finland beat the Czech Republic 5-3 earlier on in the day.

For the first time this year, the Canadians opened the scoring first, as Griffin Reinhart‘s first goal of the tournament highlighted the first frame. Then came Mantha’s fifth at about the halfway mark of the second, followed by a tally by Switzerland’s Nico Dunner, who cut the lead in half.

Curtis Lazar and Derrick Pouliot added their names to the scoresheet in the third period for Canada, who hope to improve upon their fourth-place standing from 2013.