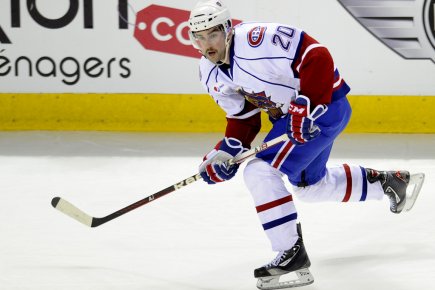 TORONTO, ON — This week in review (February 4th – February 10), top honours belong to a player looking to turn his year around in the 2nd half.

It has not been an easy season for Louis Leblanc. After suffering a high ankle sprain that hampered his performance well after he came off the injured reserve for the Hamilton Bulldogs, Leblanc has often been struggling for points until he made a notable surge this past week. In the Hamilton Bulldog’s final road game against the Toronto Marlies and still searching for a win in an arena that has seen them routinely defeated all season, Leblanc scored two goals, including the game-winner in a surprising 6-4 victory for the Hamilton Bulldogs after they squandered a 4-1 lead. Leblanc would find himself held off the scoresheet with the rest of Hamilton in the following game to the Chicago Wolves in a 3-0 loss. Leblanc would finish the week by getting his hand in on the game-winner once more, assisting on a Greg Pateryn goal to give the Bulldogs a 2-1 victory over the Texas Stars. Louis Leblanc was drafted in the 1st round, 18th overall by the Montreal Canadiens in the 2009 NHL Draft.

Danny Kristo continues to set the standard as one of the best offensive players in NCAA hockey this year. Kristo would score the game-winning goal along with an assist on Friday night against the Nebraska-Omaha Mavericks in a 2-1 victory. Kristo would add another goal and assist on Saturday to help North Dakota earn a weekend sweep of the Mavericks in a 5-2 victory. Kristo is currently ranked 5th overall in NCAA scoring and 2nd in goals. Danny Kristo was drafted in the 2nd round, 56th overall by the Montreal Canadiens in the 2008  NHL Draft.

Darren Dietz continues to be the leading source of offence for the Saskatoon Blades this season from their back end, while reversing his most troublesome stat. Dietz would go without a point in a 5-4 win for the Saskatoon Blades over the Moose Jaw Warriors. Dietz would collect an assist the following night in a rather one-sided 7-1 defeat of the Prince Albert Raiders. Dietz would mark his first 2-goal game of the season in a 4-1 victory over the Swift Current Broncos, Dietz would also add an assist in the game. Dietz would finally go without a point in a 5-2 victory over the Lethbridge Hurricanes. Dietz tied his previous career best this past week of 15 goals on a season, but he has done so in 16 fewer games than it took him last season. Dietz has also had a dramatic reversal in a troubling plus-minus column that was a team-worst -20 as of January 27th, but has now been reduced to -5 after going +15 in his last 8 games. While plus-minus is a limited picture of a player, having the worst +/- rating on a team is something of an alert on a player’s season. Darren Dietz was drafted in the 5th round, 138th overall by the Montreal Canadiens in the 2011 NHL Draft.

–         RW Erik Nyström has been out with an unspecified illness.

– Recovering from a depressed skull fracture

The Juniors Report: The Canadiens currently feature prospects playing in the Quebec Major Junior Hockey League (QMJHL), the Ontario Hockey League (OHL) and the Western Hockey League (WHL). These leagues can be considered the primary conduit towards professional hockey in North America.
QMJHL: