They boarded planes and loaded up cars to converge in one location, for one purpose: the 2019 NHL Entry Draft in Vancouver, BC.

“It was quite the spectacle.  You could really feel the thrill of the crowd as they watched the future of their teams take shape,” comments first-time attendee Karen. Another guest, Mike, adds, “To be in the lower deck, with a weekend pass around my neck and best buddy by my side is really what made it special for me. We felt like VIPs all weekend. It was a big honour.”

Since 2009, Rocket Sports Media (RSM) has been hosting an annual NHL Draft Fan Weekend through a continuing partnership with the National Hockey League. The goal? To help build a global hockey community of fans which crosses team allegiances and state or national borders, and even brings rivals together, all to experience one of the most unique events a hockey fan can witness.

“Just being in an environment where people are coming together to celebrate hockey. Those who attend could be from anywhere around the world and support any team, but everyone has one major thing in common and that is a genuine love of the game,” reflects RSM podcast host Joseph.

One guest, Brad, states, “I have watched the draft many times on TV.  Being there in person, I was able to experience the excitement that those waiting to be drafted felt.” Jim adds, “It is a special day for those who are drafted and is the culmination of a lot of hard work to get there. For these young men, it is an opportunity to fulfill a dream of playing in the NHL. To see their reaction to being selected brings this home.”

Every summer, as potential NHL draftees and their families head to the draft’s host city, along with the league’s general managers, coaches, scouts, and media personalities, the RSM team gathers together with a contingent of guests who have won tickets to the Draft via a social media contest. “My brother recently graduated university, and I thought that a weekend at the NHL Draft in Vancouver was the perfect gift,” notes Marv. “I had everything booked and was just waiting for tickets. As you know, the tickets sold out immediately and were selling for ridiculous prices at secondary markets. I was out of luck and thought we were stuck with watching it from our hotel room. And then you and your team came in and totally saved the weekend!”

Over the past decade, many hockey friendships have been forged through this annual weekend event, and many of those friendships are still being fostered and nurtured today. “For a group of random individuals that realistically only have one common interest to bring us together, we met such a fantastic group who we all call friends now,” observes Mike. “It was really unexpected to get along and genuinely have conversations outside of hockey with the group.”

How does that happen in just a 36-hour timespan? It starts well before Draft day, as many of the ticket winners and guests begin interacting with each other on social media.  Some are just “meeting” the others online for the first time, and some winners are already online friends and followers of other guests. RSM team member Blain succinctly remarks that corresponding on social media all year long is what makes it special, giving him a chance to “…meet some great people I’ve only known online up to that point.”

An Up Close Experience

Of course, nothing can take the place of being in the arena to watch the Draft unfold before your eyes. Thanks to such a special partnership with the NHL, the Rocket Sports group of ticket winners typically find themselves in the lower bowl of the arena, surrounded by potential draftees and their families, with an up-close view of the action taking place on the Draft Floor and on stage. “Some of the highlights were seeing the players, coaches, GMs, and media personalities. It was insane how close we were – we were starstruck,” Marv admits.

RSM contributor Elias replies, “I was amazed, kinda like a big hockey conference. The excitement, the drama, not knowing what was going to happen – it was great. What was most surprising or unexpected was that everyone was super nice, whether you would walk up to a player, general manager, or journalist they would take the time to talk to you.”

Brushes with fame are a common occurrence for fans who attend the NHL Draft, and our own RSM ticket winners found themselves with plenty of opportunities to rub elbows with some big names in the world of hockey.

“Day two, randomly got a picture with Brady Tkachuk after Justine [my girlfriend] pointed him walking beside us. I would have completely missed him, I don’t know how, because he was literally walking beside us for a solid two minutes!” exclaims ticket winner Ben M.

For Colorado Avalanche fan Shane, he became a star in his own right after the Avs drafted Alex Newhook 16th overall on Friday night. Newhook had a large group of friends in the audience, each wearing one of his jerseys from various teams for which he has played. Shane, wearing a Colorado jersey, soon became their go-to guy whenever they saw him on the concourse, shouting and yelling and cheering with him and taking photos together.

At the 2018 draft, a Montreal Canadiens fan found social media stardom when her less-than-enthusiastic facial expression was caught on camera during the television broadcast when it was announced that the Habs had selected Jesperi Kotkaniemi third overall. “We talked about the 2018 infamous ‘Habs Lady’ before the draft,” recalls Jim, “I did not expect the same infamous reaction in 2019.” Nor did anyone expect that that infamous, disappointed television reaction would belong to one of the Rocket Sports ticket winners!

Jake, a Detroit Red Wings fan, along with his dad, Paul, and friend, Tyler, were more than a little surprised to hear Moritz Seider’s name called at position number six. “…we anticipated seeing Zegras, Caufield, Podkolzin or Cozens – and this pick of Seider was never, ever what we envisioned could happen – making it all the more memorable,” Paul points out.

The stunned reaction of some Red Wings fans at the NHL Draft in Vancouver after Detroit selected German Defender Moritz Seider with the sixth overall pick … #DRWDraft #LGRW #NFLDraft pic.twitter.com/LVQ6DSYEwX

Television cameras captured the head-in-hands look of dismay of Paul’s, along with the standing, open-mouthed astonishment of Jake, and they instantly became an online sensation. “We started receiving text messages from friends and family from as far as California and Kentucky, plus a family whose son I coached who were in China on a business trip – all of them telling us they saw us live watching the draft,” describes Paul.

Industry media personalities, like Steve Dangle for instance, sought out Jake during the weekend to conduct interviews about his iconic reaction, which led to more social media buzz. Producers of a German podcast who cover Adler Mannheim (Seider’s team in Germany) eventually reached out to invite Jake to appear on their program, and even made sure to get a personalized video message to Jake from Moritz himself.

Hi @jakenagy19, this kid from Mannheim has a special message for you! pic.twitter.com/XidrkDeiAh

“So it’s opened up a whole new channel of relationships and potential friendships halfway around the world,” exclaims Paul, “all because you gave us those seats! Without you, none of this happens!”

Rick Stephens and I took the opportunity to interview Jake on our weekly “From The Press Box” podcast to find out what the attention and experience has been like for this young man. You can listen to the full interview here: From The Press Box Podcast ep. 84

The RSM team also organizes a few meetups at local restaurants for the group before and after the Draft in order for contest winners to get together and share some stories, laughs, and predictions over a tasty meal featuring the host city’s iconic cuisine (e.g. barbeque in Dallas, deep-dish pizza in Chicago, fresh seafood in Vancouver).

During these gatherings, the group tends to reflect on the surprises of the weekend, debate good and bad picks, and compare notes on their shared experience over a pint or two and some good grub. “After the draft we headed out for a group dinner and drinks at The Pint Public House, highly recommend the Mac and cheese,” remembers Ben, “We really enjoyed talking to like-minded people over the weekend and made some good friendships which I hope we get to reconnect sooner rather than later.”

Shane agrees that having a full itinerary all weekend was a pleasant surprise to go along with the Draft itself. “I was surprised by the whole Rocket Sports operation,” he says. “The team members and the other winners were delightful, the restaurants were amazing, and the overall draft/city experience was perfect. I assumed I would have a great weekend but it ended up being above and beyond my expectations.”

Paul adds, “All the Rocket Sports team members who we met were so awesome, so friendly, so hockey knowledgeable – loved getting to meet all of them!”, while Mike remarks, “I consider all of you friends now. The atmosphere and culture you guys are building is commendable and something I will take back to my business. It’s often attempted, but rarely achieved. Kudos!” 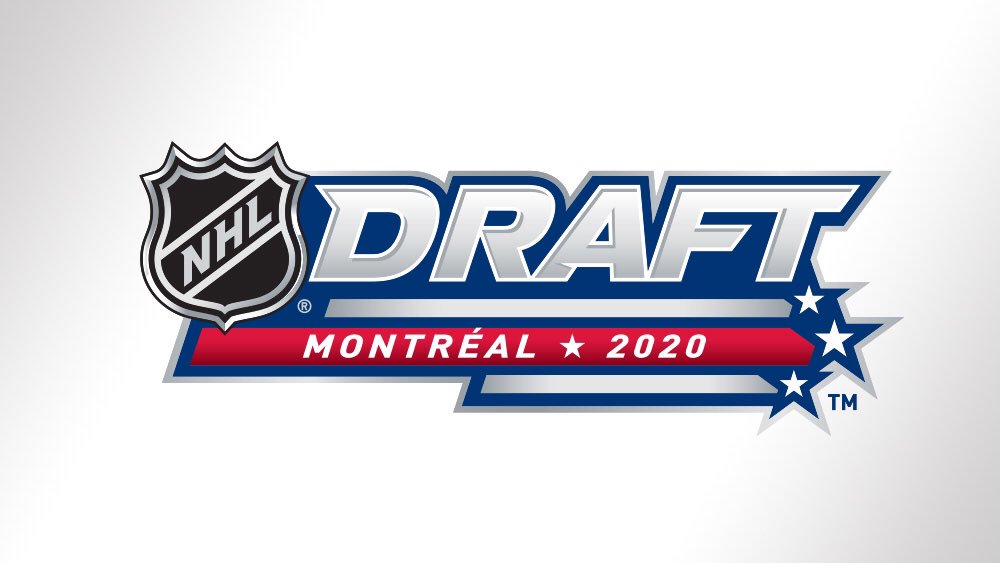 Next year, in 2020, the NHL Draft returns to the place where it all began for Rocket Sports Media: Montreal. It’ll be a special moment for the team members and guests who were there a decade ago to take part in the first RSM Draft Weekend. But there will also be new people to meet, new friends to make, and new memories carved out as the hockey community this team has grown and fostered over the years continues to evolve.

“It is living part of NHL history,” states Jim. “It is the anticipation of potential trades and following your team through the event. But the best part was to meet fans in person that you interact with on Twitter and make new friends in the process. It was more than I expected.”

The Rocket Sports Media team thanks the National Hockey League for their continued partnership and support of this initiative.

If you would like to be part of the 2020 Rocket Sports Media NHL Draft Fan Weekend, be sure to follow @AllHabs and @RocketSports on Twitter to learn about contest details next spring!