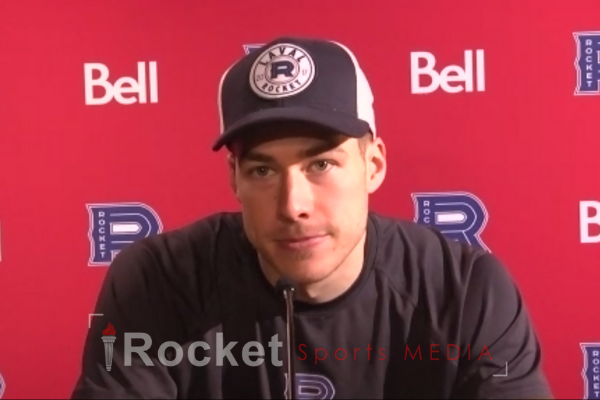 The Rocket are back in Quebec after a dominant road trip where they tallied 15 of 16 possible points. They wrapped the trip on Tuesday with a win against the Manitoba Moose. Tonight, they’ll host the Stockton Heat for the first of a three game series.

Today, Rocket defenseman Corey Schueneman discussed his newly-announced one-year, two-way NHL contract with the Montreal Canadiens, as well as what parts of his game have improved and how Laval’s coaching staff have helped him achieve new standards.

Head coach Joel Bouchard spoke to why Schueneman is deserving of this new contract and what he adds to the team, as well as providing a roster preview for the tonight’s game.