The Lehigh Valley Phantoms, proud American Hockey League affiliate of the Philadelphia Flyers, have announced their Training Camp roster for the 2021 season. The team has officially opened its Training Camp with practices at PPL Center.

Scott Gordon returns for his sixth season as head coach of the Phantoms while Kerry Huffman enters his fifth season as assistant coach. Gordon’s 389 head coaching victories places him sixth all-time in the American Hockey League.

The Training Camp roster has 25 players which includes nine returning Phantoms and also nine rookies to the AHL. There are 14 forwards, eight defensemen and three goalies to begin the seventh preseason of the Lehigh Valley Phantoms. Among the exciting newcomers to the Phantoms are 2020 draft selections Tyson Foerster and Zayde Wisdom who arrive at camp while the Ontario Hockey League has yet to start its season. 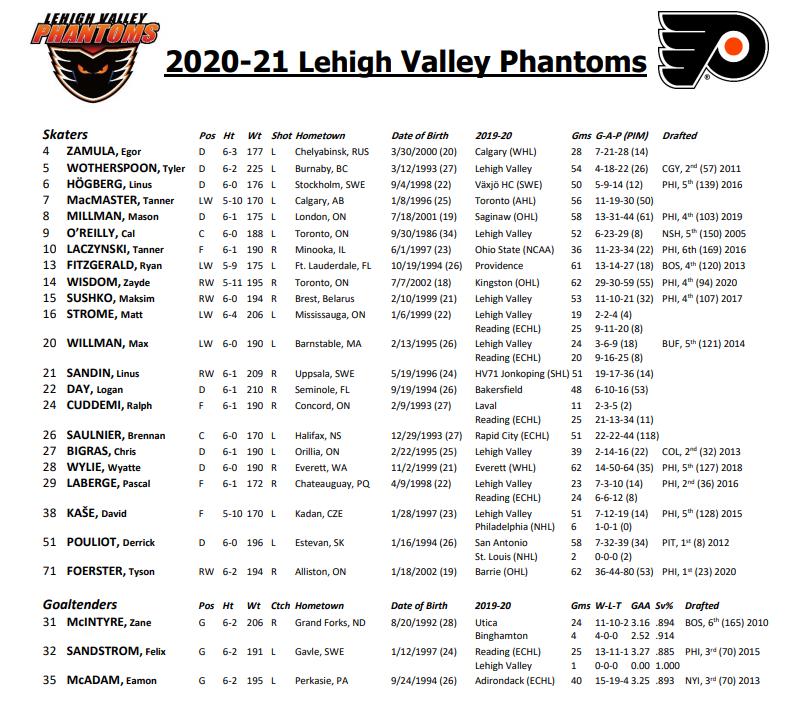 The Rocket Sports Media team will once again provide fans with unparalleled coverage of the Lehigh Valley Phantoms for the 2020-21 season. Bookmark The Flyers Report for all the news and analysis of your favourite teams!