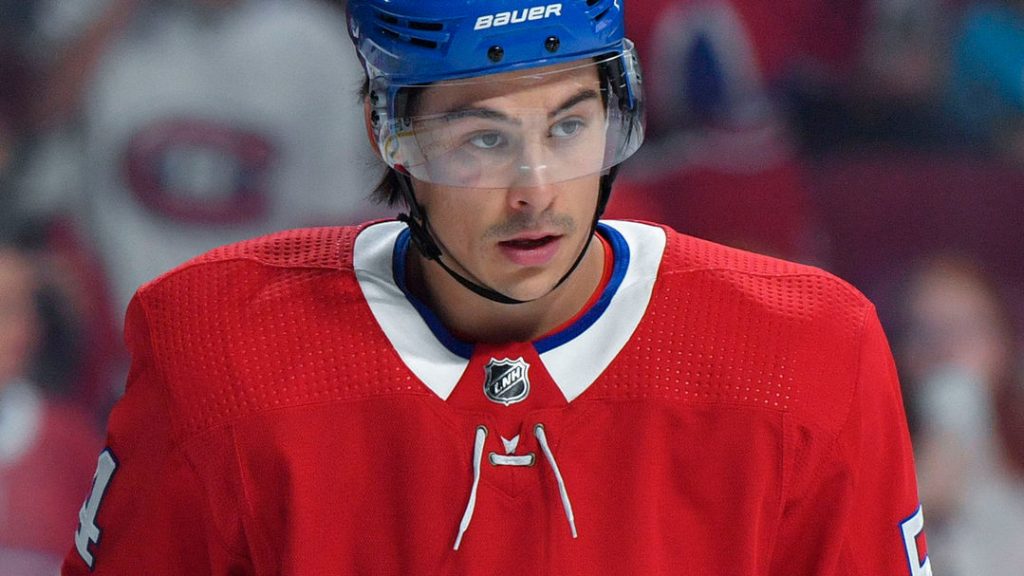 ROCKET SPORTS MEDIA | LAVAL, QC. — The Rocket just finished a successful home stand by winning all three games at Place Bell. They have not lost in regulation time in the last five games. The current four game winning streak is the longest since the Canadiens AHL affiliate moved to Laval.

Laval gave the Hartford Wolf Pack their first loss in regulation time on Wednesday by beating them 4-1 and on Friday, it took the shootout to give the Rocket a 2-1 win.

On Saturday, it took another shootout for Laval to beat Toronto by a score of 6-5. Alex Belzile scored the shootout winner for a second consecutive game. The Marlies are undefeated in 10 games this season.

“I feel like we’re, we’re getting together. This team is slowly coming together. So it’s fun to see it’s fun to play,” said Xavier Ouellet on Friday. For the first time in Rocket’s short history, there were no call ups by the Canadiens during the month of October, which I believe has helped the chemistry on the team and has contributed to the team’s 7-2-1 record in the last 10 games.

“Team chemistry in the American Hockey League is a tough thing,” said Joel Bouchard.  “It’s a competitive league and some guys don’t want to really be here and it’s normal. We understand that but I feel right now they’re forgetting about the past or not looking too much ahead and they’re more in the present. That’s what I’m most proud of. […] I can tell you whatever I want here, there’s one place where hockey doesn’t lie. It’s on the ice.”

Laval will travel to Cleveland on Thursday by plane to face the Monsters for two games in as many nights starting on Friday. The Monsters won both games between the teams so far this season.

On a small sample size, statistics can make numbers seem exaggeratedly high or low. For example, the numbers would show that Ryan Poehling would have scored 240 times if he would have played the entire 2018-19 season in the NHL. No one thinks that it’s a reasonable expectation or that he will score three goals a game in his stint with Montreal.

“We’re rotating guys a lot,” Bouchard said following Friday’s game. “I think we’re using a lot of people and we’re trying to get everybody out there at least one 30 second shift. I think we try to keep this efficient.”

“Well knock on wood. I mean our penalty kills been fantastic all year,” said Charlie Lindgren. “That just speaks volumes to the kind of character we got in this room. You got guys that really want to penalty kill […] and as a goalie, when we get a penalty, you feel pretty good about our chances.”

There’s usually a correction that naturally happens on inflated numbers and it may have began on Saturday as the Marlies scored two power play goals bringing Laval’s success rate to 93.8 percent.

The injury bug has hit the Rocket in the early stages of the season. Riley Barber has missed the last four games with an upper-body injury after leaving in the second period of the October 25th game in Hartford. No time frame has been provided for his return.

Phil Varone left in the final moments of Wednesday night’s game against the Wolf Pack and Bouchard said that he will miss significant amount of time. Varone was on a three-game point streak at the time of the injury after having a slow start to the season.

Barber and Varone were off season acquisitions made by Marc Bergevin to help the team’s offence that finished 29th in the league last season in goal scoring.

“It’s hard to replace players like that, they are impact players. We have to do it collectively,” said Ouellet following Saturday’s game. It was a sentiment that was echoed by his teammates and coach.

Varone and Barber will be missed for scoring in even strength, a category that the team was already struggling with. Laval has scored 23 even strength goals in 13 games, which represents 1.8 goals average per game. The average is inflated by the four even strength goals scored against the Marlies. Prior to that game, the Rocket averaged 1.6 goals per game.

William Pelletier who was signed during the off season is not expected to make his season debut any time soon due to injury.

Noah Juulsen made his season debut on October 25th in Hartford after missing 10 months of action. Juulsen’s season ended prematurely last season after taking two pucks to the face during the same game in Montreal. He made a brief return with Laval playing three games before shutting it down completely for the balance of the season.

At the end of last season, Juulsen mentioned that if the Rocket would have made it into the playoffs, that he would have played. In September, Juulsen never made it to the ice at training camp after complaining of headaches.

it was a long journey but it was great to see Juulsen back in action. It was also understandable that he was off to a slow start in the opening weekend. He has played better ever since.

“I’ve been feeling good,” said Juulsen on Wednesday. “Obviously, it’s only been three games, but for me, it’s just been keeping it simple. I’ve made the first play when I see and that’s how I’ve succeeded so far.”

“He played very well tonight and he kept it simple,” said Bouchard following Wednesday’s game. “He played shepherd pie you know corn and potato and meat and you need those kind of guy.”

Juulsen recorded his first point of the season on Saturday and I expect him to play with Montreal at some point this year.

Hudon Turning It Around

Prior to Rocket’s recent road trip that brought them to Belleville, Hartford, and Providence, Bouchard wanted more consistency from Charles Hudon‘s play, saying that it’s hard for his linemates to play with him.

“The next 15 or 20 games, I think, will be very important. We all have times in our lives when we need to step up. It’s not life and death. It’s hockey, and I like him. Hockey challenges you. But at one point, you need to step up,” said the coach.

“I regroup myself, regroup my family. And we just think about doing my stuff, doing my game and just keep smiling and forget all the negative stuff, and just put it on the side,” said an emotional Hudon after Wednesday’s where he recorded one goal and assist.

In Saturday’s game against the Marlies, Hudon scored two goals in the last four minutes of regulation that forced the game into overtime and nearly scored the winning goal during the extra frame .

“He was good since last week for me he’s been playing really well. He’s getting points on the scoresheet and has been physically involved,” said the coach post game on Saturday. “We saw the second, third efforts on plays, that we weren’t seeing at the start of the season.”