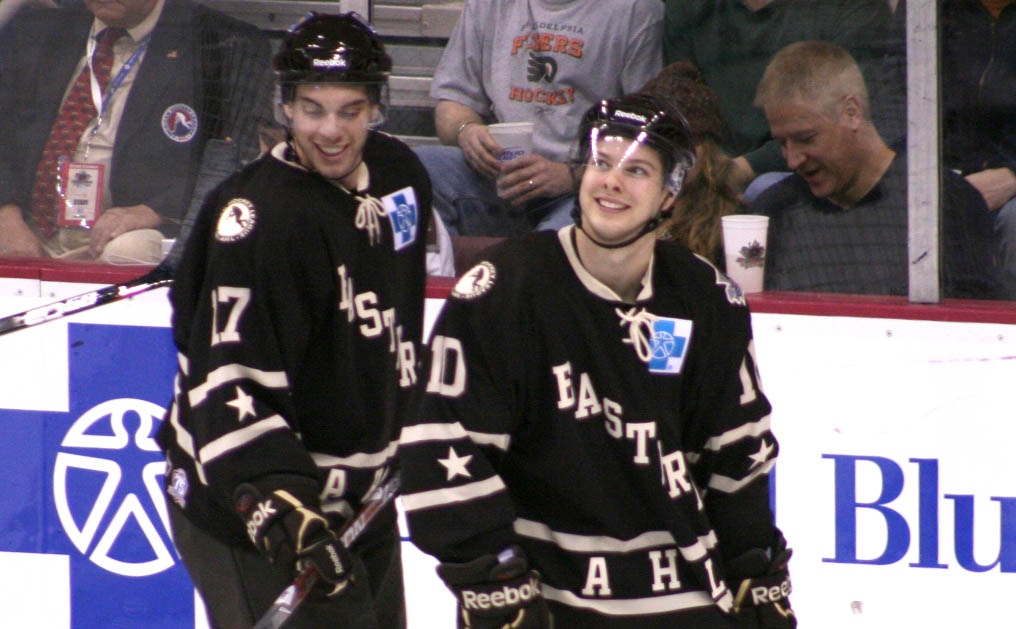 MONTREAL, QC.–The 2011 AHL All-Star Classic in Hershey, Pennsylvania featured two of the Hamilton Bulldogs representing the Western Conference All-Stars in goaltender Curtis Sanford and defenseman Mathieu Carle. After finding themselves on the losing end of a 19-7 final tally in the Skills Competition the previous afternoon, the West fell once again in the game itself on Monday night, this time by a score of 11-8.

For his part, Sanford made nine saves in the second period of play, allowing four goals in the process. His goaltending counterparts Jake Allen of the Peoria Rivermen and Mark Dekanich of the Milwaukee Admirals were 8/12 and 7/10 respectively. Team West as a whole managed 50 shots on their opposition, one of which belonged to Carle, who also finished +3 on the night.

After the Western All-Stars came out flying in the first period, the East erased a three-goal deficit in just under two minutes of play and the two teams headed into the intermission tied at 4. From then on, the West would only continue to slide as they responded with only two goals compared to the East’s four. Then in the final frame, Hershey Bears’ forward Andrew Gordon’s second goal of the game combined with Binghamton Senators’ rookie Bobby Butler’s quick adjoining marker all but closed the door on the West with just under ten minutes remaining.  Former Hamilton Bulldogs’ forward Corey Locke set a league record with his two assists on the evening, bringing his total AHL All-Star points to eleven.

In the Reese’s AHL All-Star Skills Competition on Sunday afternoon, Carle registered a 90.9 slapshot in the Reebok Hardest Shot event. He then failed to score in the Panasonic Breakaway Relay against Wilkes Barre/Scranton goaltender John Curry, while his own netminder Curtis Sanford fell victim to only Bobby Butler’s shot after having faced six different shooters in the same competition. Sanford also gave up five goals after making five saves in the RBC Rapid Fire event, following up with two saves on three shots in the Reese’s Pass and Score competition.  Statistics and other general information about the 2011 AHL All-Star Classic can be found here.

Carle, Sanford and the rest of the Canadiens’ farm team resume play on Friday evening, as they head to the Van Andel Arena to take on the Grand Rapids Griffins, affiliate of the Detroit Red Wings, at 7:00 p.m. EST. As always, fans can tune in at 820 CHAM or AHL Live.