BRAMPTON, ON — The Brampton Beast had another busy schedule with three games in three days last weekend. They travelled to Wheeling on Friday to take on the Nailers, followed by a trip to Toledo on Saturday, returning for a matinee against the Indy Fuel at the Powerade Centre on Sunday.

On Friday night, Brampton opened the game with one of their strongest starts of the season taking a two-goal lead before the Nailers tied it going into the first intermission. The Beast ran into penalty trouble in the second being called for four consecutive minors. Chris Francis scored a power-play goal midway through the frame to give Wheeling the lead.

Despite being outshot 20-10 in the second period, veteran defenceman Jordan Henry fired a seeing-eye point shot that found its way into the back of the net. The teams were tied after 40 minutes.

The Beast surrendered a goal just 29 seconds into the final period that proved to be the game winner. Despite a furious onslaught by Brampton, they couldn’t beat Nailer goaltender Adam Morrison and dropped a 4-3 heart breaker.

In Toledo on Saturday, goaltender Chris Driedger got the start, and, in my opinion, was the best player on the ice for Brampton.  The Beast held a 1-0 advantage through 40 minutes on Jordan Henry’s eighth goal of the season.

The third was one of the wildest periods all season for the Beast as the play was up and down the ice. Brampton went up by two goals early in the third but Toledo struck back with two quick markers in the middle of the frame to tie it.

There was considerable nastiness evident on both sides resulting in the ejection of head coach Dan Watson. Beast forward Alex Foster was the hero scoring the game-winner with less than five minutes left.  Driedger stopped 37 shots in goal for Brampton earning the Beast only their third victory in their past 10 games.

On Sunday, the Beast return to the Powerade Centre to face the Indy Fuel for the first time this season. It was a homecoming of sorts for twins Matt and Ryan Rupert of the Fuel. The  former London Knights had many family and friends in attendance. Ottawa prospect Marcus Hogberg got the start in the Brampton crease.

The opening period was evenly played as the teams traded goals just over a minute apart.  Beast forward Luc-Olivier Blain tied the score on a great individual effort and the teams headed to the first intermission deadlocked at one.

The second period saw more end-to-end action with the Beast controlling the balance of the play. Following an outstanding pad save by Hogberg, the Beast headed the other way resulting in Brandon Marino’s 19th goal of the season. It was a 2-1 lead for the Beast just 1:43 into the second period.

Darian Dziurzynski tied it up for the Fuel midway through the period with his 23rd of the season. But the Beast stormed back with two goals before the end of the frame taking advantage of some shoddy goaltending by Indy starter Matt Tomkins. After 40 minutes, the Beast held a comfortable 4-2 lead and were outshooting the Fuel 34-23.

The third period again proved troublesome for the Beast as they allowed the Fuel to score three times in the first 12 minutes. Brampton trailed 5-4 with less than a minute remaining.

Brampton took advantage of a late penalty by Indy as Luc-Olivier Blain scored the tying goal on the power-play with just 28 seconds left. Newly-acquired forward Erik Bradford scored his first with the Beast one minute in to the overtime period to secure the 6-5 victory.

The Beast season is winding down with just five games left. Brampton travels to Worcester  to play a two-game series this weekend. The Beast will close out the 2017-18 campaign  with another three games in three days from April 6-8. 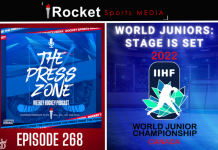 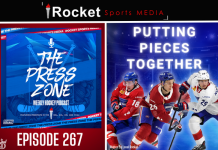