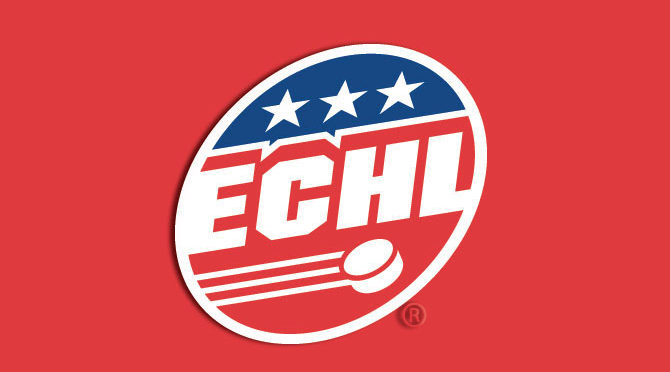 The ECHL announced on Tuesday that its 30th Anniversary Season will begin on Friday, Oct. 13 with eight games and continues on Saturday, Oct. 14 with 12 games. Opening Weekend concludes on Sunday, Oct. 15 with one game.

The conference and divisional alignment for the 2017-18 season will be announced following the Annual Board of Governors Meeting next month.

Among the six teams opening their home schedules on Oct. 14 are the ECHL’s two newest teams. The Worcester Railers play their first-ever game at DCU Center against Manchester while the Jacksonville IceMen host Orlando at Veterans Memorial Arena. Other teams hosting their home openers on Saturday are Adirondack taking on Brampton, Cincinnati hosting Kalamazoo, Fort Wayne entertaining Toledo in a rematch of the 2017 Central Division Finals and Utah hosting Colorado.

Opening Weekend wraps up on Oct. 15 with Brampton hosting Manchester in a rematch of the 2017 North Division Finals.

After opening the season with a five-game western road trip, Norfolk plays its first home game on Oct. 27 against South Carolina while on Oct. 28, Kansas City hosts Wichita and Orlando takes on Orlando. The final home opener for the 2017-18 season is set for Nov. 5 when South Carolina takes on Jacksonville.

The third-longest tenured professional hockey league behind only the National Hockey League and the American Hockey League, the ECHL averaged 4,251 fans per game in 2016-17, marking the 13th consecutive season and the 25th time in the last 27 years that the ECHL has averaged over 4,000 fans.