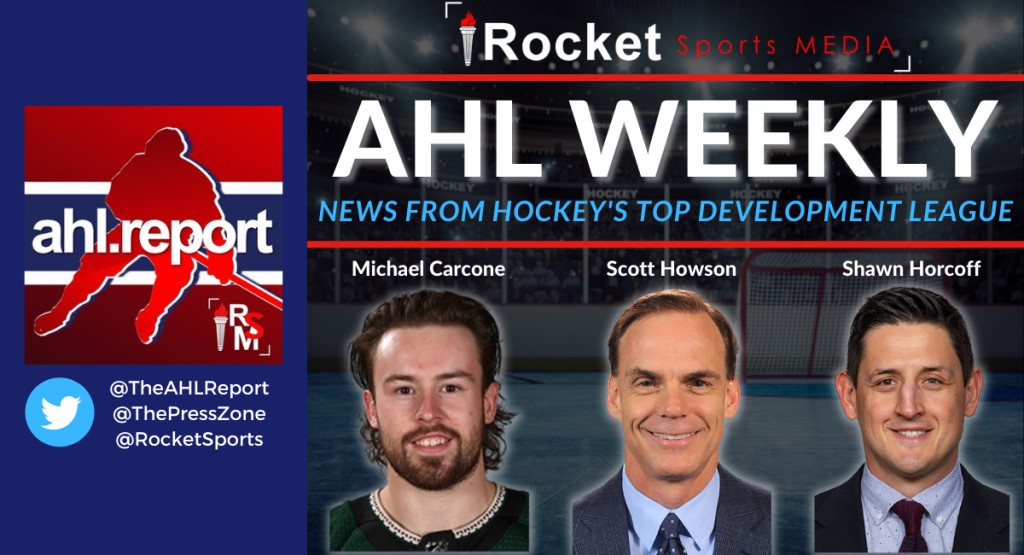 Michael Carcone, forward for the Tucson Roadrunners, was named AHL Player of the Week after scoring five of the team’s eight goals last week.

Grabbing those goals over a two-game period against the San Diego Gulls, the 25-year-old scored twice on February 4th as Tucson went on to secure a 5-3 victory. Carcone then earned his fourth career AHL hat trick in the rematch against San Diego, helping his team to a 5-4 win.

Can you name the 155 former and current AHL players in Beijing representing their countries for the 2022 Winter Olympics men’s hockey tournament? A tall task indeed but Patrick Williams, who is also a Special Contributor for Rocket Sports Media, did just that in an article written for the AHL’s website.

Canada boasts the most AHL graduates with 21, followed by Sweden with 18, and Czechia with 17. Nine of those 155 have skated in the AHL this season. Names like Josh Ho-Sang (Toronto Marlies), Mason McTavish (San Diego Gulls), Adam Cracknell (Bakersfield Condors), Tyler Wotherspoon (Utica Comets), and Eric Staal (Iowa Wild) will be on the ice for Team Canada.

Patrick Williams also sat down for a one-on-one interview with AHL President and CEO Scott Howson recently, for a TheAHL.com feature story. In lieu of an annual State of the League press conference typically held during the AHL All-Star Classic weekend, Howson spoke at length to Williams about a variety of issues currently at hand for the American Hockey League.

Topics included playoff scheduling, financial impact of the pandemic, adding more categories to publicly-available AHL statistics, hiring female officials, welcoming the league’s 32nd franchise next year, new arenas, and more. Listen to this week’s episode of our own The Press Zone podcast, where Patrick joins hosts Amy Johnson and Rick Stephens to take listeners inside this unique and exclusive interview!

The 43-year-old has spent six seasons in the Red Wings organization as their director of player development. He has also served for three years as the assistant director of player personnel. Horcoff will work with Detroit general manager Steve Yzerman in hockey operations while also heading up management of the Griffins.

“I’m very excited for my new role with the Red Wings and look forward to continuing the winning culture and tradition in Grand Rapids,” stated Horcoff. “…I’m excited for the opportunity to continue developing our prospects in Grand Rapids and helping them become impactful players at the NHL level.”

The move comes after Pat Verbeek left his position with the Red Wings following his hiring as the next general manager of the Anaheim Ducks.

The Laval Rocket found themselves down 2-0 to begin the second period, but after two penalty kills the momentum shifted and Danick Martel scored the first goal for Laval.

It was in the final frame that Laval was finally able to complete the comeback, with the tying goal from Alex Belzile, a game-winning goal (and powerplay goal) by Rafael Harvey-Pinard, and an empty-net goal by Belzile. Read the full recap: Rocket Celebrate Four-Goal Comeback | LAV @ UTI

Kevin Poulin made his second consecutive start in this rematch against the Utica Comets.

Once again, the Rocket found themselves down 2-0 going into the second frame, for which Belzile and Jean-Sebastien Dea did not return after getting injured in the first period. But Tory Dello got the team closer to tying the game.

It was Corey Schueneman who tied the game in the third period, forcing overtime. But Utica’s Alexander Holtz scored only 21 seconds into that extra frame, leaving Laval with one point. Read the full recap: One Point Despite Injuries | RECAP: LAV @ UTI

Louis-Philip Guindon was in net for this matchup against Belleville.

The Rocket had eight powerplay opportunities, but were only able to convert once, which was their lone goal that night scored by Jesse Ylonen.

At that point, they were down 4-1 in the third period, but any chance of coming back was ended when Gabriel Bourque got a double-minor high-sticking penalty. The Senators capitalized twice on that powerplay and it ended the game 6-1. Read the full recap: Lessons Learned | LAV @ BEL 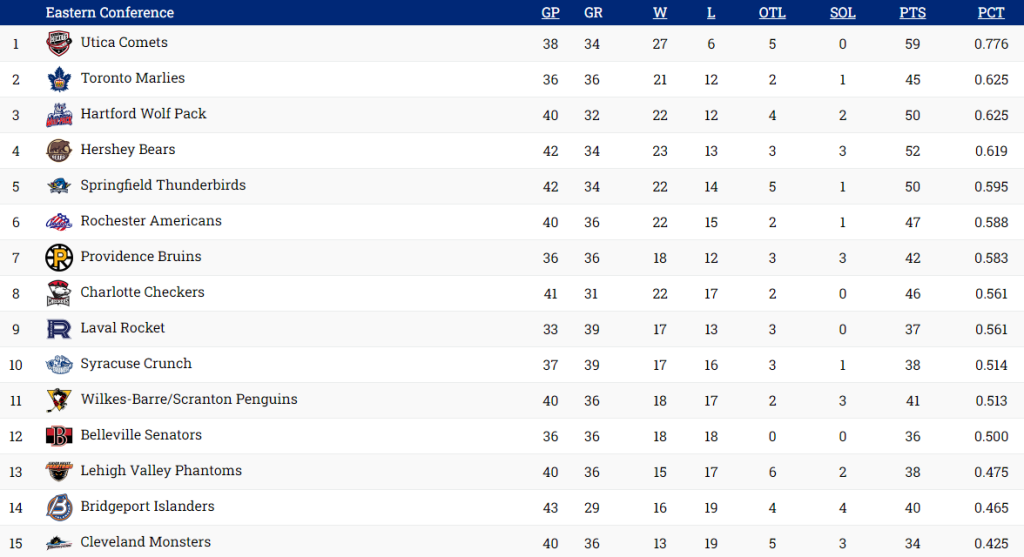 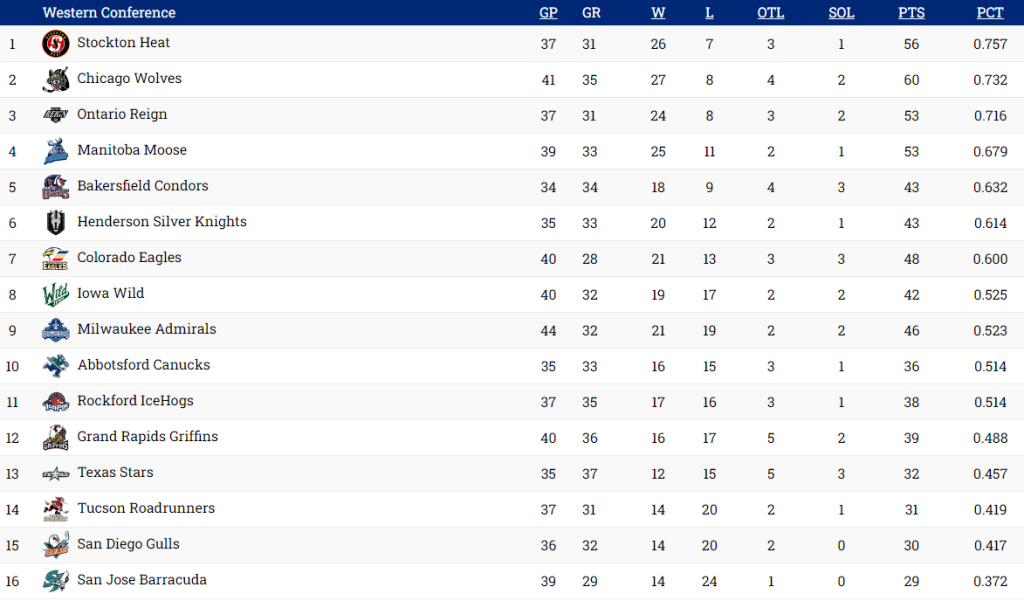 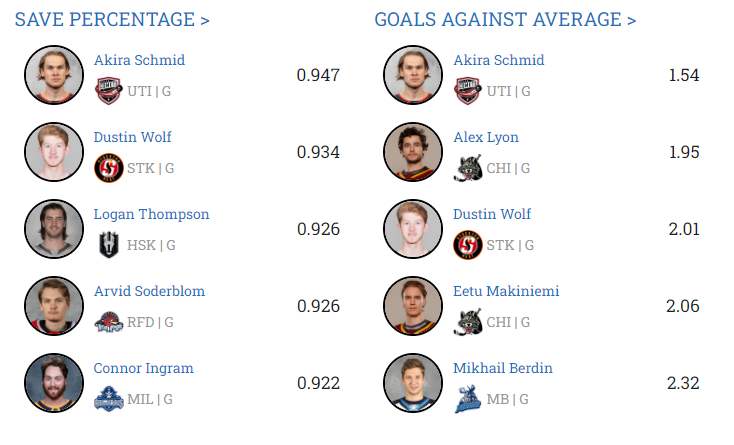