Your comments are most welcome. If you have a question about any of the prospects email me, and perhaps it will be answered in the weekly All Habs mailbag feature that appears on these pages on Thursdays.

Taking the lead amongst Canadiens prospects for a 2nd week in a row, Alex Galchenyuk continues to be the engine that drives the offence of the Sarnia Sting. Galchenyuk would begin his campaign on Friday

night, assisting on the game-tying goal late in the 3rd period and than quickly marking the game-winning goal in an eventual 4-2 victory for Sarnia over the Guelph Storm. Galchenyuk would post similar success on Sunday, scoring the game-tying goal and than later assisting on the game-winner to give Sarnia a 3-2 victory over the Sudbury Wolves. Galchenyuk’s recent feats are notable, as his 4-game points streak of 5 goals and 6 assists coincides with a 4-game winning streak that has made Sarnia the leader in their Division and 2nd in the Western Conference. Galchenyuk currently stands in a tie for 3rd overall in OHL scoring. Galchenyuk was drafted in the 1st round, 3rd overall in the 2012 NHL Draft.

While consistency continues to dog Archambault in Drummondville, he managed to surge ahead at least for this week. Archambault managed his first 3-point game of the season on Saturday, marking a goal and two assists in a 6-2 victory over the Saint John Sea Dogs. Archambault would add another goal to his totals on Sunday, in a 5-4 victory over Acadie-Bathurst Titan. Archambault was drafted in the 4th round, 108th overall in the 2011 NHL Draft.

Mac Bennett has come into his own this season with the University of Michigan Wolverines. While Bennett would only collect one assist this weekend in a Saturday loss to the Michigan State Spartans after going pointless on Friday. Bennett has reached an important level this season in defensive scoring in the NCAA though. Through 9 games, Mac Bennett has collected 3 goals and 7 assists to be the defensive scoring leader for the entire NCAA. Bennett was drafted in the 3rd round, 79th overall in the 2009 NHL Draft.

–   RW Alex Avtsin due to being scratched since the start of Hamilton’s season has been relegated to the fringe prospect group.

–   LW Tim Bozon was suspended one game for a spitting incident at the end of a game on November 6th.

–   LW Blake Geoffrion is recovering from a depressed skull fracture and is out indefinitely.

–   RW Louis Leblanc is out with a right ankle injury.

–   D Greg Pateryn is out indefinitely with a fractured elbow..

–   D Dalton Thrower is out with a lower body injury. 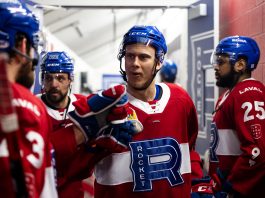 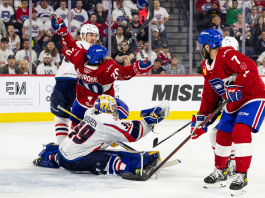 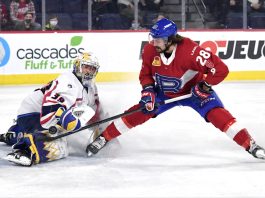