TORONTO, ON — While it appears the NHL is spiraling towards a lockout that will not be resolved to save the whole season, we can take a bit of solace in that the developmental leagues will not be interrupted by this work stoppage. With that in mind, we are fortunate to be able to observe one of the most potent prospect groups the Canadiens have had in many years.

As I begin my third year of coverage, I’d like to briefly explain the parameters of the feature. This will not be covering every player drafted or signed to a two-way deal by the Montreal Canadiens. Frankly, a good number of them are not going to make it and are marginal prospects. This coverage will be focused on prospects I consider to be of interest with an NHL future or I have been told on good authority by those who know better than I to keep track of them. I’ll also include any prospect that receives notable support from readers to be tracked.

The Hamilton Bulldogs: The American Hockey League affiliate of the Montreal Canadiens, this is typically the last leg of a player’s journey to the NHL in the Canadiens organization. The Bulldogs finished the 2011-12 in rather disappointing fashion in a season not much better than its parent club, ranking 14th overall in the Western Conference.  The Bulldogs do find themselves with a bounty of top prospects coming out of the Canadiens farm system to put themselves on better footing for the 2012-13 season.

Enjoy the preview, leave your comments and please be sure to vote for your choice of the Bulldogs` breakout rookie.

The Essentials: Perceived by some to be a potential steal in the 2009 Draft due to great individual skill, Avtsin remains one of many prospective right wingers in the Habs organization but his status is in jeopardy while he enters the final year of his Entry-Level contract. Avtsin has so far failed to live up to his talent level while playing in the AHL, at times displaying great skating and excellent puck skills, he seems to notably lag in hockey sense and using his teammates.

The Essentials: A leading offensive defencemen in the last three seasons in the QMJHL, Beaulieu comes to Hamilton after a very successful junior career. A two-time league champion and a Memorial Cup winner, Beaulieu brings a plethora of championship experience along with him to the professional level. The smooth-skating blueliner sets himself apart from his peers with his excellent skating which he blends with good puck skills and offensive vision. Holding him back at present is a tendency to rely too much on his skating abilities to keep him out of trouble, which can lead to inattention in critical situations.

The Essentials: While the hard-working captain of the Shawinigan Cataractes for the past two seasons is moving on to better things, he certainly left in style as he captained his team to their first major title in franchise history, lifting the Memorial Cup. The two-way centremen will look to take his game to the next level, competing against men in the AHL. The test for Bournival will be to see how his scoring transitions to the professional level as many junior players who are not particularly gifted offensively tend to hit a wall in the professional ranks.

The Essentials: Dumont surprised in his final QMJHL season when he lead the league in goals and won the Guy Carbonneau Trophy for best defensive forward, but the smaller forward has yet to dominate any scoresheets since entering the pros. A tenacious player, Dumont has no issue mixing it up with larger forwards. Dumont likely projects into the NHL as a depth winger at best, but he will need to increase his offensive contributions to merit a spot with the Canadiens.

The Essentials: A key plank in the Shawinigan Cataractes Memorial Cup victory, Ellis grew a tremendous amount leading the Cape Breton Screaming Eagles as their captain and their No. 1 defencemen over the past two seasons before being traded to Shawinigan to bolster their chances to win the coveted Memorial Cup. A workhorse defencemen, Ellis brings solid play to both ends of the ice but he is at his best in his own end. He is arguably the most complete and NHL-ready of Hamilton’s defencemen at present.

The Essentials: The MVP and offensive engine of the WHL Vancouver Giants for the last two years, the diminutive but dangerous goal scorer left the Giants with the career franchise records in goals and points with 136G, 144A over 244 career games. Gallagher has been one of the fastest risers in the farm system since being drafted in 2010. Gallagher’s natural scoring touch is easily the best among the incoming rookies and could possibly even contend to lead the Bulldogs in goals. Gallagher’s tenacious nature will serve him well, but he will likely need to continue to work to push his skating and strength to their maximum to have his best shot of being a scorer at the NHL level. 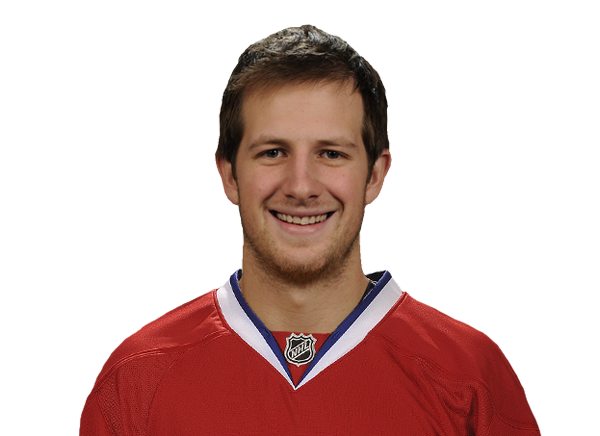 The Essentials: Part of the return in the Hal Gill trade, Geoffrion has so failed to make an impression of note in the professional ranks so far. A former Hobey Baker winner in NCAA hockey, Geoffrion has yet to make a scoring impression in the NHL and his limited foot speed has limited him as an effective checker thus far. Geoffrion will need to make a notable rise in his performance, he’s just turned 24 and is facing a great deal of competition from younger skaters.

The Essentials: Considered a throw-in for the trade that exchanged Mike Cammalleri for Rene Bourque, Holland surprised Montreal fans when he finished his season leading the WHL in assists and 6th overall in league scoring. While some of it was likely owed to the overage teammates he played with, Holland’s surprising final year in the WHL and his good two-way ability suggest he could be a potential depth player for the Canadiens in the future.

The Essentials: The best Bulldog to feature on the Canadiens last season, Leblanc is the leading candidate to take a spot with the Habs whenever the season does resume. A very intelligent two-way forward, Leblanc displays promising scoring talent and after a taste of professional action in 2011-12, has a much better understanding of what is required from him at that level. With no injuries to hamper his off-season training unlike last year, Leblanc could contend to be the leading scorer in Hamilton.

The Essentials: A promising rookie for Hamilton in 2010-11 and than a cancelled second season due to shoulder surgery, Nash is still one of the most experienced defencemen on the Bulldogs roster. Displayed good skating and very good intelligence in his rookie season, a continuation of that would help give the Bulldogs a useful puck-mover who knows how to cover both ends of the ice.

Last Season: Missed due to injury.

The Essentials: A sophomore that began to emerge with Hamilton at the end of last season, Nättinen displays the potential for a good two-way forward and going by World Junior history, a potential ace in the faceoff circle. Nättinen’s goals for the coming season will be an offensive growth while playing tougher minutes if he wishes to contend for a roster spot for the Canadiens in the future.

The Essentials: A highly productive AHL forward over the last two seasons, Palushaj has yet to make the jump to the NHL in an effective role. There is no argument that Palushaj isn’t skilled, but so far he has failed to take his offensive abilities and transition them to the top level. Whether he’s truly lacked proper opportunity or he lacks the ability that separates prolific AHL scorers from  NHL players could be determined by this season.

The Essentials: A stoic stay-at-home defencemen for the University of Michigan Wolverines in his last four seasons, Pateryn is joining Hamilton to test his fortunes in the professional ranks. A noted leader with Michigan, Pateryn will add a bit of matured experience to the incoming ranks. His offensive contributions are likely to be minimal at best in the pro ranks and will have to cement himself as a steady stay-at-home defender to get NHL consideration. There are arguments Pateryn may in fact be the most NHL-ready of Hamilton’s defenders.

The Essentials: A potential power forward who began a promising NCAA career, scoring 25 points in his rookie season at Northeastern, Quailer’s luck seemed to go against his favour for the next two seasons. A terrible pre-season injury blew his ACL in his sophomore year, costing him his entire season and the following recovery dropping his prospects low when he scored a mere 10 points in his first comeback season. Quailer improved to a point per game performance in his final year at Northeastern, landing 2nd overall in team scoring and first in assists. Whether Quailer is continuing to recover and improve or is facing his plateau will be up to him as he begins his pro hockey career.

The Essentials: The defensive monster of the OHL  London Knights in ability and size, Tinordi captained his junior team to their 2nd OHL title while standing out as one of their best players. Tinordi also received praise while playing for Team USA at the World Junior Championships, despite a disappointing finish for the team he was considered to be their best defencemen and even their best player by some. While Tinordi’s ability to defend his own zone is never in question as a punishing shutdown defender, his offensive stats line is likely to never impress observers. Tinordi is considered a steady riser in the organization at present, but may need some time to adjust to matching against professionals.