The NHL Draft has seen an incredible run of high-end talent of late.

In 2016, future stars like Auston Matthews and Patrik Laine are set to grace the stage at First Niagara Center in Buffalo, NY. Connor McDavid and Jack Eichel, the top two picks from 2015, have had an immediate impact in the National Hockey League. Aaron Ekblad and others from 2014 have already developed into all-stars. Nathan MacKinnon, Aleksander Barkov and the remaining top-end talent from 2013 have certainly shined bright.

2017 has the ability to continue that impressive run.

While the focus in 2015-16 was on those eligible to hear their name called in one week’s time, an eye always remains on the future.

The initial opinion is that teams looking to bolster their rosters with top-six forwards should have a plethora of options via the 2017 NHL Draft class. And while finding franchise defenders might be a bit tricky at this preliminary stage, there are some intriguing options in net.

But for now, all eyes will be on Brandon Wheat Kings center Nolan Patrick.

Patrick, the early favorite to go first overall, plays a mature, heady two-way game and has some strong bloodlines. He’s already put the Western Hockey League on notice, too, with 41 goals and 102 points as a 17-year-old. It followed up a 30-goal, 56-point campaign at just 16.

“He’s the guy to beat right now,” said Future Considerations scout Justin Froese, who is located in Brandon. “Patrick has been tearing up the WHL while playing a Ryan Getzlaf-type of game. He’s big, driven and a highly intelligent passer and raises his level of play to take over games.” 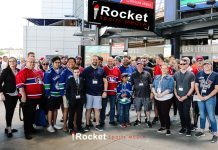 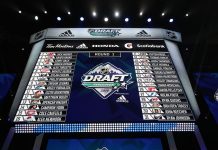