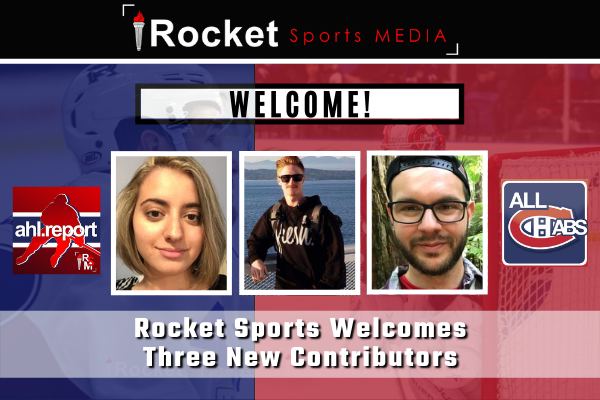 ROCKET SPORTS MEDIA — With a new hockey season on the horizon, the team at Rocket Sports Media (RSM) continues to work hard developing exciting new content and features for hockey fans in the upcoming 2021-22 campaign.  Along with new article columns, podcast segments, and video features, we’re proud to also welcome new contributors to our team!

Last month we were proud to welcome Patrick Williams to the team, who has already begun contributing at The AHL Report website and on The Press Zone podcast. This month, we’re pleased to introduce three additional contributors whose work will be found at The AHL Report, All Habs Hockey Magazine, Hockey Pub, and on our podcasts.

Maria is a third-year student at Concordia University in Montreal, majoring in journalism and sociology. “I’m really excited to join the Rocket Sports team and have the chance to work with talented and experienced people, and learn from them,” she comments.

Maria grew up in Montreal, and began watching hockey around the time of the 2010 Winter Olympics in Vancouver. She quickly became a Habs fan, but about seven years later she also started paying attention to the Habs’ rival: the Toronto Maple Leafs. Maria says she wanted to “see what the hype was all about” and something just clicked. She’s now proud to be a fan of both the Canadiens and the Leafs!

When she’s not watching hockey, Maria likes to read or spend time outside. She believes venturing into the world of sports media is a natural progression from the joy she gets out of learning about her favorite teams.
“As fans, we always want to know as much as we can about a team,” says Maria. “Growing up, I would always look forward to reading or watching game recaps, and reading detailed stories about players. It’s something I would absolutely love to do, just help fans know more about their team.”
This season, Maria will draft press releases, write editorial articles, and assist with the team’s AHL coverage.

Cole says he is “super excited to be joining the Rocket Sports team,” as he’s always had a passion for writing down thoughts and opinions, especially when it comes to the Montreal Canadiens. Cole tells us the decision to join the team was made even easier when he discovered what a “friendly, family-like work environment” he’d be part of.

Born and raised in his current hometown of Regina, Saskatchewan, Cole works at a solution mine as an Operator/Blasting Technician in the small town of Belle Plaine.

Born into a Habs household, Cole’s dad provided plenty of influence for his team of choice. Cole now watches just about every Canadiens game and makes it a priority to stay current with Habs news. He also speaks fluent French, with 12 years experience in the language.

Cole has dreams of moving to the east coast and working in media someday, to pursue his goal of becoming a sports writer. When he’s not writing, you can find Cole on the links enjoying off-season golfing, traveling, hanging out with friends, or visiting the local brewery.

We're thrilled to announce that @jurzyniec has joined @RocketSports as a regular contributor! You will soon be enjoying his work on our @AllHabs website!
Welcome aboard Cole!#HockeyTwitter #allhabs #Habs #GoHabsGo

Michael is a young professional who recently relocated to Montreal. He was born and raised in Ottawa, Ontario and took an interest in following NHL hockey when he was nine years old. As such, Michael grew up passionately cheering for the Ottawa Senators, but gained a broader appreciation for the game as time went on.

One of his favorite memories as a a kid was riding the Zamboni during the intermission at a Sens game. Cheering for Ottawa hasn’t always been easy in recent years, though, which prompted Michael to begin watching other teams and games around the league. He’s also taken an interest in following hockey prospects. 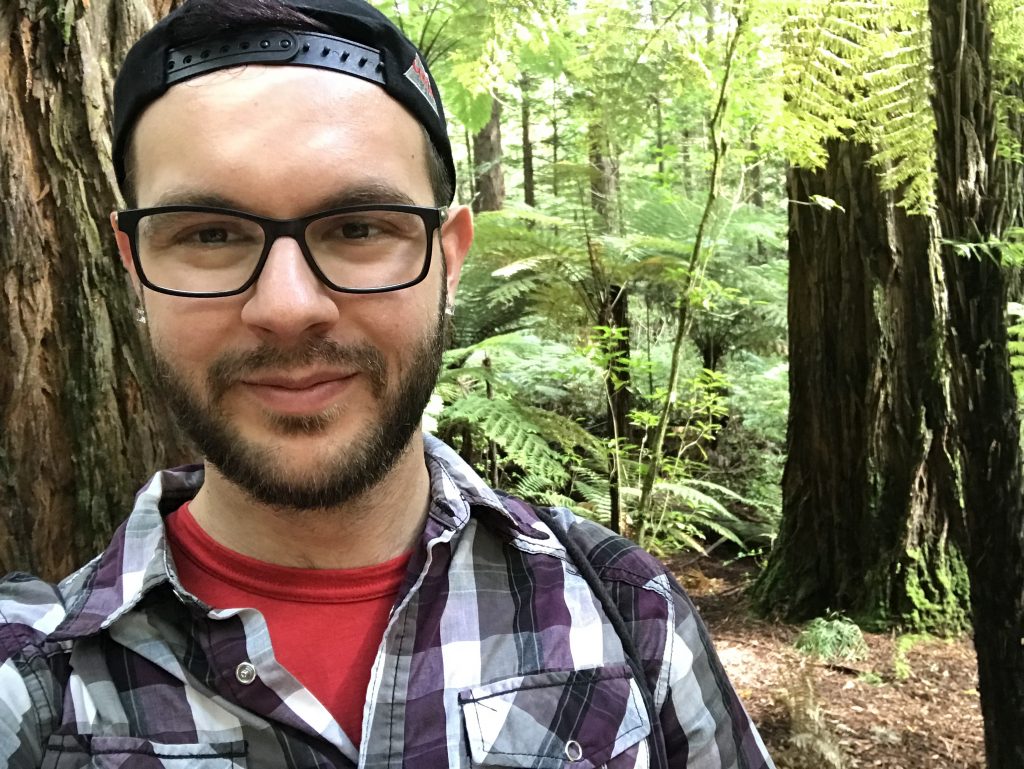 Outside of hockey, Michael enjoys music, audio production, photography and hiking. He is enrolled at Lasalle College to study Graphic Design this winter, and has previously graduated from Algonquin College where he studied Music Industry Arts. His reveals that his goal is to combine both of these skill sets to improve his content creation abilities.

Michael says he’s “very excited to join the Rocket Sports Media team because it allows me to completely immerse myself into this upcoming hockey season.” He adds that working with Rocket Sports will help him to continue learning new skills, improve his current strengths, and make connections with people who share the same joy for the game.

Sports media, ranging from journalism to audio production and design, is something he is passionate about pursuing because it “will give him a new perspective on sports and little glimpse behind the scenes.”

This season, Michael will assist with technical editing for all three of our Rocket Sports podcasts, Canadiens Connection, The Press Zone Montreal, and The Press Zone Philadelphia, as well as assisting with AHL coverage.

Looking forward to being a part of the team! Im excited for you all to see what I have in store. https://t.co/C4vSWu6Yjy

Please join all of us at Rocket Sports Media in welcoming these three tremendous new contributors to the team!

If you would like to be part of the Rocket Sports Media and AHL Report team, head to the Join Our Team page to complete and submit the form for consideration!