The Belleville Senators have signed forward Ethan Werek to an AHL deal for the rest of the 2017-18 season.

Werek, who was previously playing on a professional tryout, has been dominant for the Senators as he leads the team in scoring with seven points and is tied for first in goals with four while playing in seven games. His two power play goals are also a team high.

During the Senators’ historic first win in franchise history against Hershey, Werek became the first Senator to have a multi-goal game. 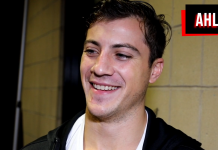 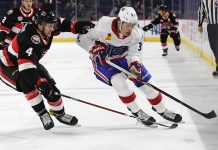