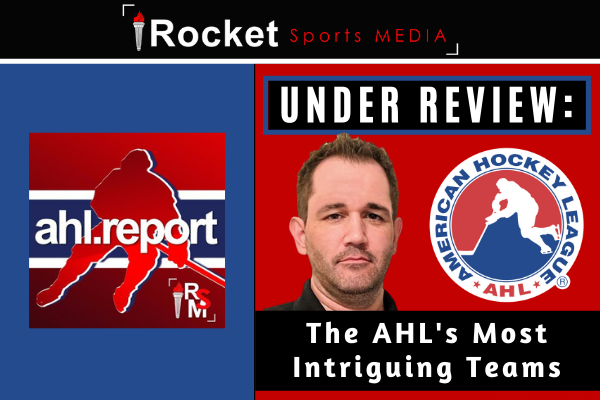 ROCKET SPORTS MEDIA — Let’s try to make some sense out of an AHL season in which that sort of order has been difficult to find.

This week, let’s look at some of the AHL teams with the “most” this season.

Undoubtedly there are times when the Reign rely a little too heavily on their elite offensive talent.

But perhaps that is understandable given that talent. Maybe the AHL’s top sniper in Martin Frk? Quite likely the AHL’s top playmaker, T.J. Tynan? Talented rookie blueliner Jordan Spence and an impressive group around him? A deep mix of youth with one of the NHL’s elite groups of prospects?

That all adds up to a team that has averaged more than four goals per game this season. When the Reign get rolling, very few teams can slow them down.

With a busy offseason by the New Jersey Devils, a new home in one of the best arena atmospheres in the AHL, and standout head coach Kevin Dineen arriving, there was reason to think that this would not merely be the Binghamton Devils relocated.

But 13 wins to open the season? Status as a top Calder Cup contender? A chance to play deep into June?

Only the most optimistic of Comets fans could have predicted this development. While recalls to New Jersey and some key injuries have slowed down some of that early-season power, Utica is for real.

Much like soft-spoken head coach Kris Knoblauch, there is nothing flashy about the Wolf Pack. But they have gotten the job done despite being hit as hard as any team by taxi-squad movement, injuries, and the like.

Having NHL veteran Keith Kinkaid in net can cover up any blemishes in a team’s play on a given night. Captain Jonny Brodzinski can put this team on his back when needed, they have a young, prospect-filled blue line, and they have a coach in Knoblauch who has shaped a strong night-to-night consistency.

What a shift for the Admirals, who were 5-12-1-0 at one point in their season and did not look to be going anywhere very soon.

Now the Admirals have taken 11 wins in their past 12 games going into Wednesday’s home match-up with the Rockford IceHogs and have climbed to third place in the Central Division.

Since coming to the Nashville Predators organization in a 2019 trade, goaltender Connor Ingram’s career has been rebuilt in Milwaukee. He may well be the top goaltender in the league this season, and he has carried the Admirals throughout.

Each time it seems like the Crunch are about to put something together, it seems to fizzle.

To be clear, there have been some obstacles. Syracuse played five games between Nov. 27 and Jan. 5, including a 21-day stretch without any games. Not only did that schedule disruption throw the season off-kilter, it also meant that all of those postponements had to be squeezed into the second-half schedule. But few teams escaped the resurgence of the COVID-19 pandemic in December and January, and yet they have been able to keep their seasons in order.

Certainly Tampa Bay Lightning management had another aggressive offseason and brought in the likes of Charles Hudon and Gabriel Dumont, among others. Those signings have certainly panned out, but the rest of the mix for this club just has not come into place.