The sophomore pro from Narragansett, RI has skated in 29 games with the IceCaps this season, registering a goal and three points, along with 28 penalty minutes. Bennett spent the entire 2014-15 season with the American Hockey League’s Hamilton Bulldogs.

The six-foot, 189-pound, Michigan University alumnus was drafted in the third round (79th overall) by the Canadiens in 2009. 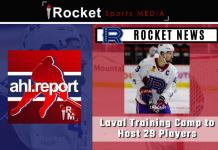 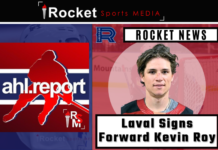